I will die on this hill: Leprechaun is the greatest Jennifer Aniston movie of all time. This is not a knock against We’re the Millers a movie I also enjoy, it’s more of a celebration of Leprechaun, (a movie for all occasions) that I own both on streaming and DVD, and one I can quote by heart. (Favorite quote? “No, not gasoline. You can’t burn me, I won’t let ya!”)

It’s also notable for being Jennifer Aniston’s big break (you may be under the assumption that was Friends. You would be wrong, it’s definitely Leprechaun) although I’m confused why people keep asking her to do a reunion for that other show when a Leprechaun reunion is just sitting on the table, waiting to be picked up. Don’t you want to see if her character Tory is still rocking those sweet LA Gears? Don’t you want to know how the intrepid quartet of Tory, plucky Alex (who, btw is now almost 40 and no longer a tween), hunky Nathan, and dim-but-endearing Ozzie handle the leprechaun once more? 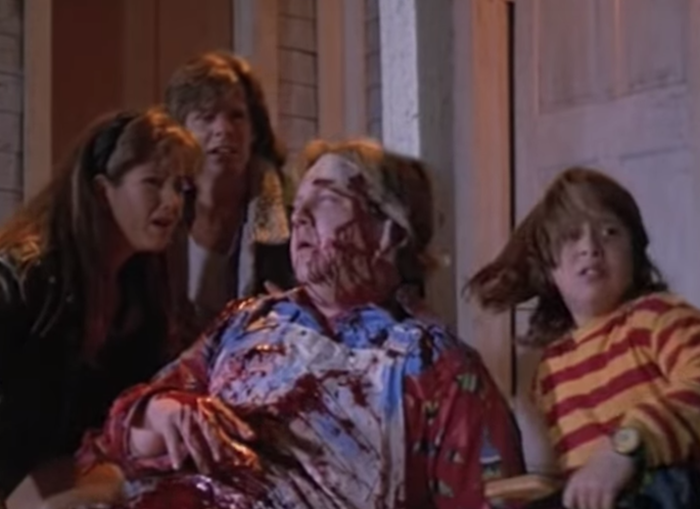 Don’t you want more Warwick Davies on your screen? He is delightful in basically everything he does, of course you want that!

Everyone wants that, but the powers that be would rather make another movie about people doing things other than getting chased by a murderous leprechaun. Make the movie America is clamoring for, you cowards!!

Anyway, if there’s one person who may agree with me, it’s probably Justin Theroux, who had Jennifer Aniston watch the movie with him while they were dating, all those moons ago. Per People:

“I really thought I arrived when I did Leprechaun,” she told host Howard Stern. “It was with Warwick Davis, the guy from Willow was in it. It was a big deal!”

See? Jennifer Aniston agrees with me, Leprechaun was her big break!

Back to the Theroux, stuff:

“I watched it like, 8 years ago with our mutual friend Justin Theroux for s—and giggles,” she explained. “We were dating. It was one of those things when I tried to get that remote out of his hand and there was just no having it. He was like, ‘No, no, no, no, this is happening.’ I just kept walking in and out, cringing.”

The former Friends actress calls it a “cult classic” — and is still proud of starring in it.
“I really did think it was an amazing thing that I was in a movie,” Aniston said.

I’ve written about my, uh let’s say lack of enthusiasm for Theroux in the past but now that I know that he enjoys the finer things in life, aka a viewing of Leprechaun, there’s now two things I like about him (the first being that he was in one of the greatest movies of all time, Romy and Michele’s High School Reunion, obviously.)

I don’t know about you but I think we all learned a very valuable life lesson here. Mainly that it’s not about the Leprechauns viewings in our past, or the Leprechaun viewings in our future—it’s the friends we made along the way that we forced to watch this movie, and thus brought down to our level. That’s what really matters in life.