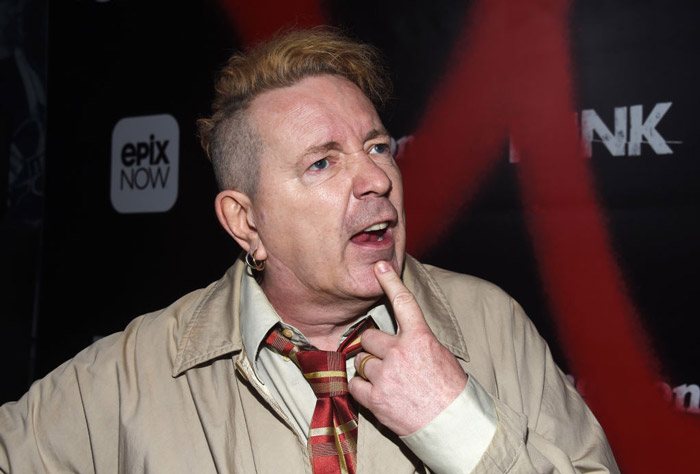 Johnny Rotten was once world-famous for being a grade-A punk and frontman of the Sex Pistols. This weekend the 64-year-old former rock star was trending on Twitter because of a bizarre story involving some friendly squirrels, an unfriendly flea, and his dangle.

The UK’s Daily Star has an unusual interview with Rotten (A.K.A. John Lydon), who happily shared he’s been allowing squirrels into his home for years. He makes clear they are not pets. “I’m determined to keep my squirrel friends independent, y’know? There’s no petting. If they want to nudge up that’s fine,” Rotten said, “But I know it’s for a peanut and not because I’m lovely.”

Speaking of peanuts, he’s admitted to spending “a lot of money on these little f***ers,” in the form of unsalted, shelled peanuts that they can haz as a treat. Still, despite his generosity and preference for independence, the wild animals brought in some party-crashing parasites. That is to say: Rotten’s penis was flea bit. And he told the world about it.

“I looked down there this morning at my willy and there’s a f***ing flea bite on it,” Rotten said to a news outlet. Apparently, a flea bite on the nethers is very uncomfortable. Who’d have thunk? But Rotten has declared, “The only way around it, because I’m not going to blame the poor little squirrels, is to Vaseline my legs. I just hope they don’t get the wrong idea.”

What is the “wrong idea” the squirrels could get? Your guess is as good as mine. Meanwhile, Johnny Rotten is living in a Venice Beach mansion, lubing up his legs with Vaseline, so he can let wild rodents into his home, feed them nuts, and not cuddle them in peace, while promoting Trump as the “only hope” for the American middle class.

← Amber Ruffin Wants You To Listen To Black Women | Review: 'The Croods: New Age' Is a Yabba-Dabba-Doo Time →