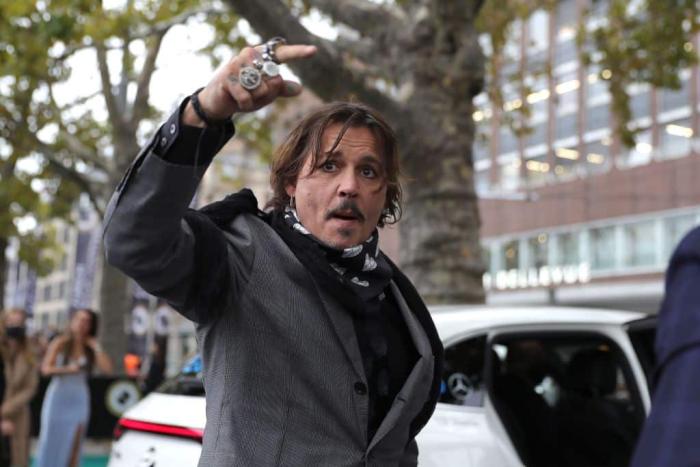 Johnny Depp Is Out Of the Fantastic Beasts Franchise

Today is a day of change.

Johnny Depp, who lost his libel battle with The Sun this month and can officially be labeled as a ‘wife beater’ now, took to his Instagram account to announce that he was ‘asked to resign by Warner Bros.’ from his role as Grindelwald in the Fantastic Beasts series.

Wow. Johnny Depp out of the FANTASTIC BEASTS films. pic.twitter.com/YNmTM7ZGRp

Depp, who continues to deny the claims of domestic abuse leveled at him by ex-wife Amber Heard, said that he still plans to appeal the court judgment made against him following his decision to sue the British tabloid, and that ‘my life and career will not be defined by this moment in time.’

I mean, you keep telling yourself that, Johnny.

I must admit that this came as a real surprise. Seriously, did you expect Warner Bros. or TERF-y Lestrange herself to care about this? They already stuck by him when there was plenty of damning evidence of his ill behavior, to put it mildly, out in the open. Indeed, Rowling threw a lot of her increasingly frivolous power behind Depp in an act of public support. She’s obviously got her own sh*t to deal with right now, but when has Hollywood ever cared before about stuff like this?

But there it is. The courts have spoken. Depp lost his questionable legal battle, and the label of ‘wife beater’ is now forever attached to his legacy. That’s a hole that Depp dug for himself. Before he made that call, he was doing OK in terms of professional endeavors. His list of upcoming films is pretty solid. He was never smarting for work. Granted, the other problem here was Depp’s notorious money problems and the seeming need for him to do big movies with major salary deals, and that does seem to have been impacted lately. Honestly, I’m not sure how much of that is attached to the ‘wife beater’ part. Money talks in Hollywood and Depp’s films have been losing cash hand over fist long before his personal life became front-page news. Think of big flops like Transcendence or that Mortdecai thing that definitely exists. It didn’t help that the fifth Pirates of the Caribbean movie made way less money than its predecessor. The second Fantastic Beasts movie saw a solid drop in grosses compared to the first movie too. Reviews were terrible and even die-hard Potter fans seemed at their wit’s end with the development of the series. There’s a reason that J.K. Rowling now has a co-screenwriter for this third film. I guess we need someone to ensure she doesn’t go off on a transphobic rant disguised as wizard lore.

Depp is a costly actor to hire and he’s not been paying off like he used to. He may very well argue that his reputation took a nosedive because of Heard’s accusations, but he’s still working far more consistently and in more high-profile titles than she is. It wasn’t Amber Heard who made the fifth Pirates movie gross about $250 million less than its predecessor.

So what is Joanne saying about all this? A reminder of her initial statement on Depp’s casting:

For me personally, the inability to speak openly to fans about this issue has been difficult, frustrating and at times painful. However, the agreements that have been put in place to protect the privacy of two people, both of whom have expressed a desire to get on with their lives, must be respected. Based on our understanding of the circumstances, the filmmakers and I are not only comfortable sticking with our original casting, but genuinely happy to have Johnny playing a major character in the movies.

I wonder if Colin Farrell is waiting by the phone now. He always should have been in that role.