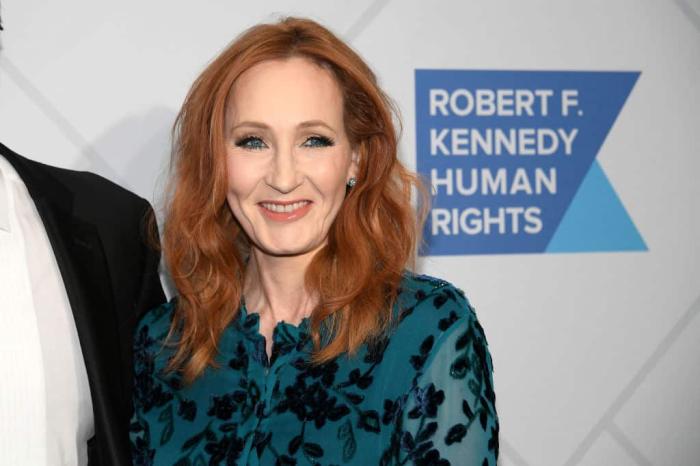 J.K. Rowling Decides To Return a Human Rights Award Rather Than Not Be Transphobic

J.K. Rowling, an apparent writer who now seems to spend most of her time on social media attacking trans women and using her sizeable clout to further smother marginalized voices, is at it again.

Now, she has chosen to loudly condemn a human rights organization after they called out her recent transphobic screeds. The Robert F Kennedy Human Rights group (also known as RFKHR) awarded Rowling their Ripple of Hope Award last year as a celebration of her ‘commitment to social change’ via her charity Lumos.

This year, however, Rowling has doubled down hard on her anti-trans views. She publicly supported Maya Forstater, who lost her court case after she lost her job for her own transphobia. Rowling also wrote a manifesto of sorts full of absolutist language, falsehoods, and abusive rhetoric to justify her own transphobic beliefs. She also liked a tweet that opposed a bill to ban conversion therapy (both sexual orientation and gender identity) in Canada. Now, rather than, you know, support basic human rights, she has chosen to return her RFK award.

Kerry Kennedy, a lawyer and the president of RFKHR, put out a statement earlier this month in which she publicly supported trans rights and refuted Rowling’s claims:

I have spoken with J.K. Rowling to express my profound disappointment that she has chosen to use her remarkable gifts to create a narrative that diminishes the identity of trans and nonbinary people, undermining the validity and integrity of the entire transgender community—one that disproportionately suffers from violence, discrimination, harassment, and exclusion and, as a result, experiences high rates of suicide, suicide attempts, homelessness, and mental and bodily harm. Black trans women and trans youth in particular are targeted.

From her own words, I take Rowling’s position to be that the sex one is assigned at birth is the primary and determinative factor of one’s gender, regardless of one’s gender identity—a position that I categorically reject. The science is clear and conclusive: Sex is not binary.

Trans rights are human rights. J.K. Rowling’s attacks upon the transgender community are inconsistent with the fundamental beliefs and values of RFK Human Rights and represent a repudiation of my father’s vision. As well, the Universal Declaration of Human Rights states in Article 1: “All human beings are born free and equal in dignity and rights…” Women’s rights are not degraded by the recognition of trans rights. On the contrary: A commitment to human rights demands a commitment to combat discrimination in all its forms.

On Thursday, Rowling announced on her website that she would be returning the award, declaring:

‘I am deeply saddened that RFKHR has felt compelled to adopt this stance, but no award or honour, no matter my admiration for the person for whom it was named, means so much to me that I would forfeit the right to follow the dictates of my own conscience.’

She also denied that she was transphobic or that her views hurt trans people. Uh-huh.

Imagine being so effing bigoted that you would rather renounce your status as a supporter of human rights than, you know, not hate trans people. The absolute self-own right there. The bloody state of it.

For the people at the back, a quick reminder: J.K. Rowling is a transphobe. Countless trans and non-binary people, as well as cis allies, have called her out for this and noted how her hostile rhetoric further exacerbates the growing hostilities directed towards the trans community in the UK. Rowling is also clearly aware that her status as a rich and influential writer affords her a louder and more supported platform to spew these hateful lies than any trans person in Britain, and she is using that to her advantage. Look at how she is trying to wield the narrative by demanding that her violent words and ideas be seen as ‘nuance’ or ‘part of a debate.’ She sets the tone with this hate then demands that trans people listen quietly and do as they’re told, otherwise they’re the angry hostile ones. We’ve seen this tactic time and time again.

The ‘nuance’ people like Rowling want is the right to deny the identities of thousands of people, including at-risk children. They want to force gender essentialism onto generations of individuals, all under the guise of allyship and feminism. They spin their hate as progressive rhetoric, even when it embodies all manner of lies and parrots back the same misogyny, homophobia, and biphobia we hear from the alt-right. Hell, they happily side with evangelical anti-LGBTQ+ causes over their supposed community because their hatred runs that deep.

Not only that but Rowling’s pockets run deep. She’s already threatened to sue people for libel for calling her views unpleasant, which is probably the nicest thing anyone could say about her right now. She also donates a lot to political causes, so you can imagine how worried us Scots are that she’ll start flinging around her cash to politicians and campaigns that further silence trans, non-binary and queer people in our country (and there are already too many transphobes in Holyrood as it is.)

As you can imagine, #IStandWithJKRowling is already trending, because some people lack the dignity not to act as unpaid PR to a literal multi-millionaire with the biggest platform on the planet. I would suggest that everyone simply block Rowling on Twitter and lend their support to some trans-inclusive authors, charities, and creative forces. Go read a book by an incredible trans author who doesn’t write about wizards sh*tting themselves!

← Kelly Marie Tran Becomes A Disney Princess With 'Raya and The Last Dragon' | Keanu Reeves and Alex Winter Talk 'Bill & Ted Face the Music', George Carlin, and Being Excellent To Each Other →