J.K. Rowling and Stephen King, a Play in 4 Tweets (One of Which Has Been Deleted)

It began when Labour MP Lloyd Russell-Moyle accused Harry Potter author J.K. Rowling of using her experience with domestic violence to promote discrimination against trans women (Russell-Moyle has since apologized). In a long Twitter thread, J.K. Rowling took issue with Russell-Moyle’s characterization. Author Stephen King retweeted one of the tweets in the thread.

J.K. Rowling took that as tacit support of her and her anti-Transgender TERF comments, and tweeted out praise of Stephen King. 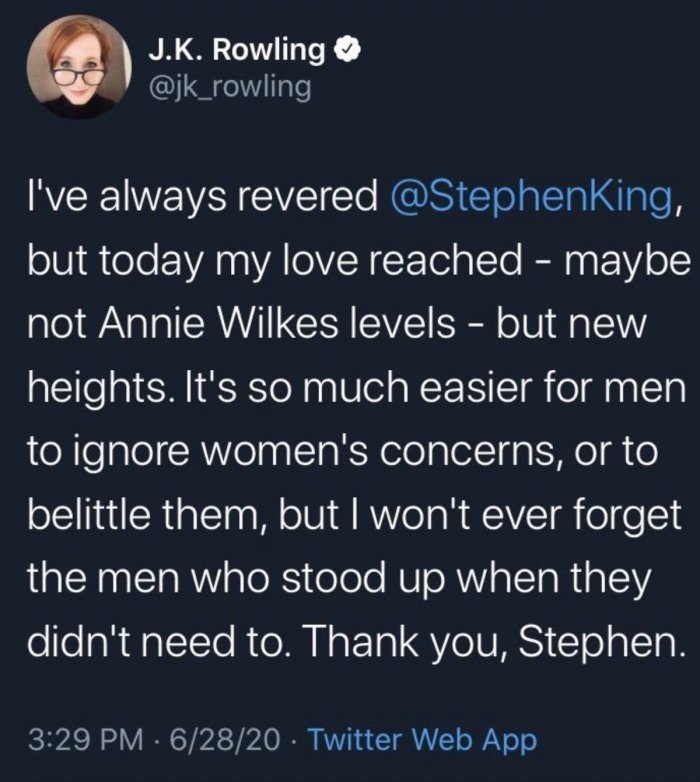 Soon thereafter, someone asked King if trans women are women. King answered in the affirmative. 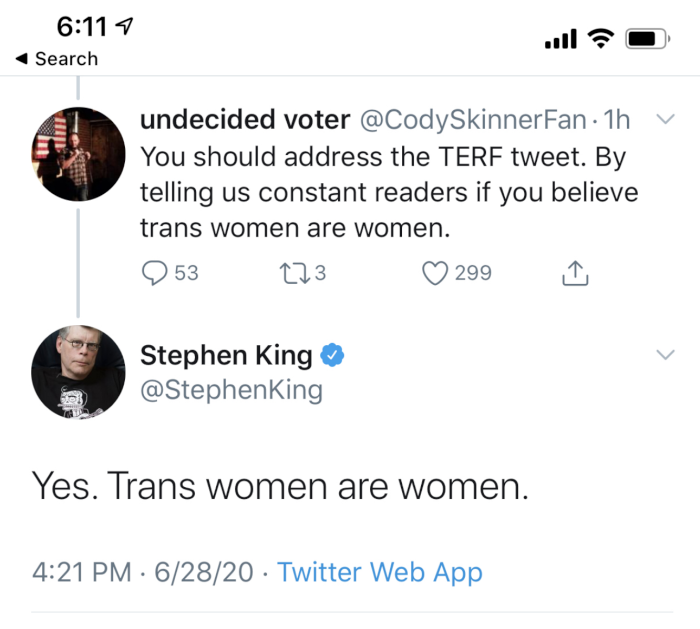 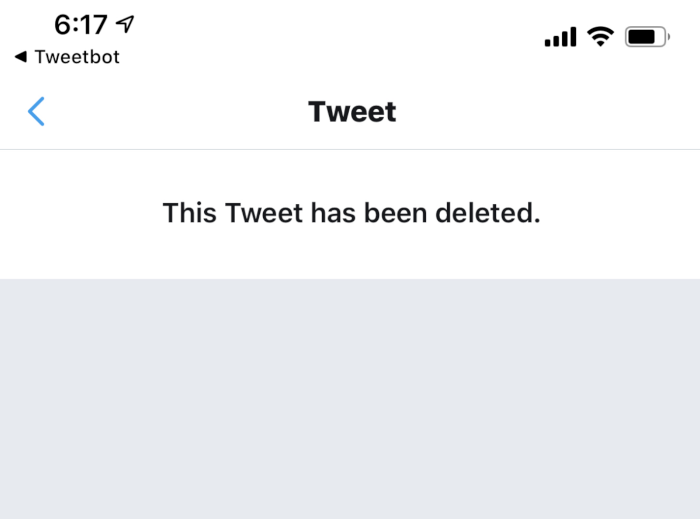 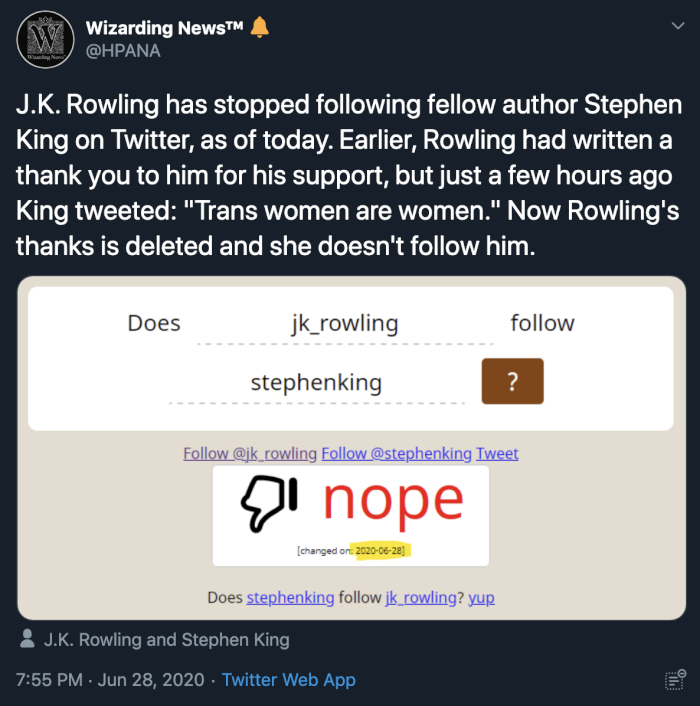 JK Rowling unfollowed Stephen King today and deleted her tweets in support of him because he said trans women are women and that was the moment I knew that I chose the right author to climb inside of a tomb for.