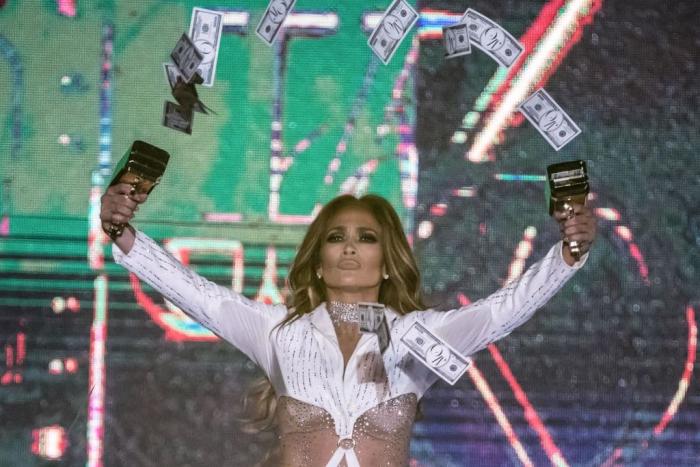 Jennifer Lopez is having a real moment right now, between the acclaimed success of Hustlers, her catwalk moment in THAT dress, and her being taken 100% seriously as an Oscar contender. So, like any hard-working celebrity, Lopez plans to remain in the spotlight all through awards season. Of course, this is nothing new for JLo, who has always juggled multiple projects and remained ever-present in the media. But this undertaking is a much bigger prospect.

That’s right: JLo. Super Bowl. 2020. But she ain’t doing it alone. Alongside JLo will be Shakira! Sure, why not?

Next year, the event will take place in Miami Gardens, Florida, and it happens two days before the final polls for Academy Award coting close. So, if she was nominated for Best Supporting Actress and wanted to keep her head in the game and let everyone know just how talented and hard-working she is, there are worse ways to do it.

Of course, taking on the Super Bowl half-time show now isn’t quite the honor it used to be, especially as the NFL sinks further into f*ckery. The past few shows haven’t been great for fans or the performers themselves. Remember Justin Timberlake’s one? Or Maroon 5’s? Their show happened LAST YEAR and I swear I had to look it up. It was like musical chloroform.

If Lopez wishes to be associated with the NFL right now, that’s certainly a choice, but from a cold hard business perspective, I get it. She certainly puts on one hell of a show.

Other performers are expected to be added, so expect some Florida favorites. Flo Rida’s waiting by his answering machine as we speak!