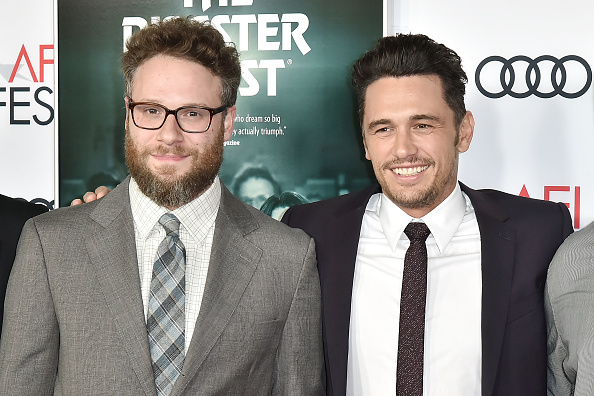 But this is Hollywood, and Franco is a white male, so cancellation is but a bump in the road. He hasn’t lined up any new projects yet so far as we know, but it’s all but inevitable. In the meantime, he did appear on SiriusXM’s The Jess Cagle Podcast this week, where he spoke about his battle with, uh, sex addiction while also conceding he acted inappropriately with students at his school.

“Over the course of my teaching, I did sleep with students, and that was wrong. But like I said, it’s not why I started the school and I wasn’t the person that selected the people to be in the class. So it wasn’t a ‘master plan’ on my part. But yes, there were certain instances where, you know what, I was in a consensual thing with a student and I shouldn’t have been.” Hm.

You may recall that a few years ago, Seth Rogen stated in the wake of those accusations that he would no longer work with James Franco, a vow that he has kept. “I also look back to that interview in 2018 where I comment that I would keep working with James, and the truth is that I have not and I do not plan to right now.” Busy Phillips attributed that decision, in part, to the fact that Seth Rogen is married to “a very f**king smart woman.”

In the podcast interview, Franco also spoke to the end of his working relationship with Rogen after 20 years, and at the very least, he seems to understand why Rogen made that decision.

“I just want to say, I absolutely love Seth Rogen. I love Seth Rogen. I worked with him for 20 years and we didn’t have one fight. For 20 years, not one fight. He was my absolute closest work friend, collaborator. We just gelled … What he said is true. We aren’t working together right now and we don’t have any plans to work together. Of course, it was hurtful in context, but I get it, you know, he had to answer for me because I was silent.”

Rogen did, indeed, have to answer for Franco nearly every time he agreed to an interview for a period of time, and while Rogen admitted losing that friendship was painful, he also conceded that it was not “as painful and difficult as it is for a lot of other people involved. I have no pity for myself in this situation.”

As for Franco, he admitted on the podcast that he “cheated on everyone,” and said he was “completely blind to power dynamics or anything like that, but also completely blind to people’s feelings.” However, he added, he’s been working on himself for four years in an effort to change “who I was.”

← 'Resident Evil: Welcome to Raccoon City' is a Great Zombie Movie Drenched in Videogame Gasoline | Hulu's 'Crossing Swords' Lacks Any Redeeming Value, But It's a Lot of Fun →