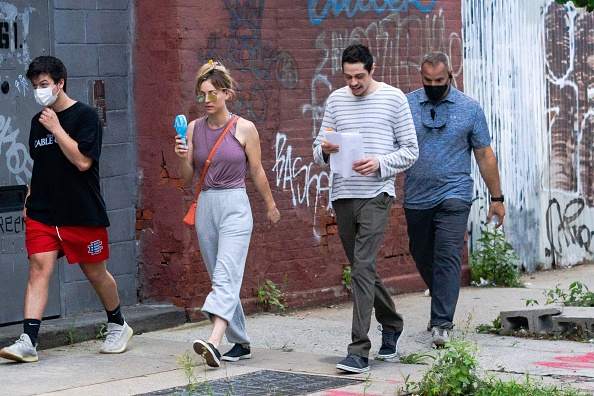 Pete Davidson is continuing his quest to be the John Cusack/Michael Sheen/Wilmer Valderrama of his generation, and by that, I mean: The guy who allegedly and consistently “outkicks his coverage.” Then again, if you ask Emily Ratajkowski, the reason why celebrity women continue to date Pete Davidson is obvious, and it’s only dudes who don’t understand.

I’ll admit I’m one of those dudes, although it has nothing to do with the way he looks — he’s tall! — and everything to do with the fact that his stand-up kind of sucks, and half his act on SNL is talking about his dating life with celebrity women. It’s self-fulfilling, I guess.

In addition to Cazzie David, Ariana Grande, Kate Beckinsale, Margaret Qualley, Kaia Gerber, and Phoebe Dynevor (not to mention rumors that he and Kaley Cuoco were an item while filming their rom-com Meet Cute), Davidson is officially dating Kim Kardashian now. None of this comes as a surprise. Rumors have been swirling for weeks, and they have been hanging out frequently since Kardashian’s stint hosting SNL (where she and Davidson shared a kiss during a skit). Both E! News and Page Six are reporting the “news,” which means it’s real to the eyes of the public, even if it wasn’t real. Then again, being seen holding hands in public makes it pretty real anyway.

He’s really tall, isn’t he, although Kardashian is 5’2, which is 13 inches shorter than Davidson, who is 7 inches taller than Ye. And now you’re all caught up with this edition of celebrity heights!