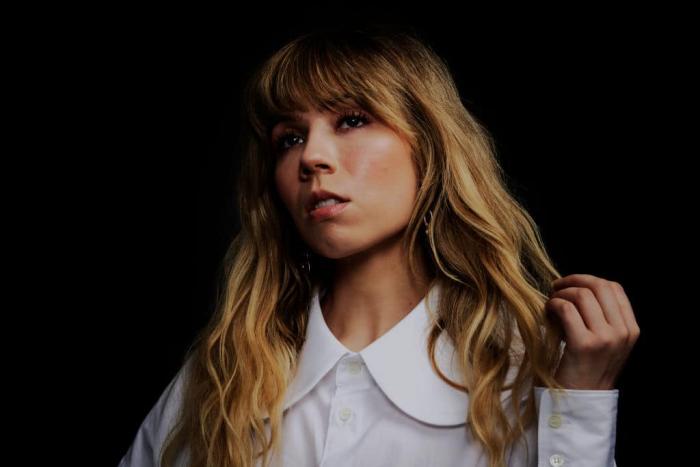 Is It Time to Ban Children from Being Actors?

This month, former Nickelodeon star Jennette McCurdy released her memoir, bluntly titled I’m Glad My Mom Died. Already a major bestseller, the book details McCurdy’s troubled childhood as an actress on iCarly forced to deal with an abusive mother, a coercive boss, and the myriad pressures of a life forced into the spotlight. We are dishearteningly used to hearing stories of former child stars who experienced various forms of violence, exploitation, and cruelty. It’s a trend as old as Hollywood itself. Yet even amid this horrific context, McCurdy’s book was startling in its revelations.

It’s not just the physical, emotional, and sexual abuse forced upon her by her mother that proves disgusting; it’s the admission that Nickelodeon’s own employees, including a man she refers to as The Creator, seemed all too aware of the rot at the heart of their system. McCurdy describes a moment where Nickelodeon offered her a $300,000 ‘thank you’ gift on the condition that she never publicly talk about her time at the studio (she refused the offer, seeing it as hush money.) If you were naïve enough to believe that the worst days of child star abuse were over, McCurdy thoroughly refutes that. You finish her book and wonder why the hell we let kids become professional actors.

It seems baffling that allowing some children to have full-time jobs of any kind is accepted as the norm for whatever reason. For well over a century, the film industry has thrived on the commodification of kids for artistic and commercial gains. We are all so horribly familiar with the dark tales of child stars ‘gone wrong’, to the point where it’s viewed as but one of many occupational hazards. It’s now the stuff of tawdry clickbait: look at how ugly this previously cute child star is now, a person who had the audacity to age! There’s this quiet sense that there’s something acceptable about turning the industry-driven woes of these people into another form of entertainment. It’s a natural extension of the celebrity complex, that notion that, once someone agrees to live their life publicly, everything they do is justifiable for our judgment.

We have a greater awareness of the suffering so many of these children go through but our empathy doesn’t seem to have increased alongside that. Consider how Millie Bobby Brown has frequently been targeted with bigoted memes and judged for her clothing choices by people old enough to be her parent. Billie Eilish’s body became a leering talking point while Olivia Rodrigo was scorned as a thief by adults for being inspired by different musical artists and genres.

The laws may have changed to protect child actors but the legal system continues to be well behind the times in terms of the industry’s evolution. Kids can only work a certain number of hours a day and must have on-set tutors to continue their education. This, however, doesn’t account for internet labor like Instagram sponsorships or YouTube channels, both of which are highly common for many children in the industry. The limitation on work hours doesn’t include outside events like conventions, where kids can be shuttled from place to place to charge $100+ for autographs and photos with fans. Millie Bobbie Brown, then a literal child with practically her entire family on her payroll, tearfully apologized several years ago on social media for having to scale back her own con commitments. Brown also has multiple side-hustles, like a skincare line and a brand ambassadorship with Louis Vuitton, none of which are covered under this system. And this doesn’t even count the entire grotesquery of family YouTube channels, where parents document every minute of their child’s life for clicks and rob them of any semblance of privacy. The laws have yet to deal with that elephant in the room.

The defenses for keeping kids in this industry are easy to warm to on the surface. Shouldn’t we be able to tell stories centered on children and have them front and center? Could you imagine a world where we didn’t have the likes of To Kill a Mockingbird, The Sixth Sense, E.T. the Extra-Terrestrial, or Stand By Me? It seems wholly unfeasible to so many that we could ever stop kids from having a full-time job creating entertainment for us. Maybe there are ways we could continue to tell such stories but the structural forces currently at play that turn kids into commodities and deny them their basic humanity should not be the default mode for developing them.

McCurdy has been scathing in her pushbacks against the smothering and exploitative system in place at Nickelodeon, where she was employed for a huge chunk of her life. Kids were pitted against one another for network attention, pay, and basic care. She describes an incident where she was illicitly photographed in a bikini at a wardrobe fitting, and another one where a man known only as ‘The Creator’ encouraged her and her castmates to drink alcohol while underage. She, like many kids, was pushed into the industry by her mother, an abusive parent seeking to live vicariously through their child and reap the financial benefits from doing so. Her story is not new. What makes it different is that McCurdy has survived, been able to tell her tale without industry edits, and that people are listening. But will they keep listening when it happens again? Because it will. And are they more likely to offer an empathetic shoulder rather than reverting to snark and scorn, as we’re so used to?

I don’t think the vast majority of humans are designed to cope with the unbearable pressures of fame, and I’m confused as to how we expect kids to be emotionally bulletproof to its attacks. Jennette McCurdy’s story is a cautionary tale but it’s also yet another installment in a saga we’ve seen unfold for decades. The law is painfully behind with the rapidly evolving nature of the industry and it seems hesitant to play catch-up in any meaningful way. Until then, I think we seriously need to examine why something so blatantly surreal and inadvisable as making children work to entertain us is so widely accepted as just another part of life.