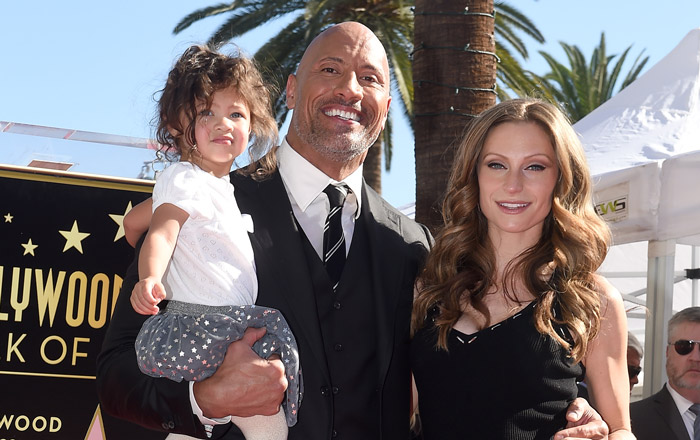 In Recovery From COVID-19, The Rock Proves Real Men Wear A Mask

On Instagram, Dwayne “The Rock” Johnson tends to post cheat meal pics, promos for his tequila brand, and adorable shots of his two young daughters, Jasmine and Tiana. Last night, the A-Lister shocked his followers by revealing that he, his wife Lauren Hashian, and his youngest children had contracted COVID-19, despite taking “stringent” precautions. They are now in recovery.

He began the 11-minute video by saying, “I wanted to give you guys a little helpful update on things that have been going on on my end for the past two-and-a-half to three weeks now. So the update is this: my wife Lauren as well as my two baby girls and myself, we have all tested positive for COVID-19.”

While some celebrities are selling the dangerous lie that coronavirus isn’t that serious, Johnson put his family’s struggles with it into perspective.

“I could tell you that this has been one of the most challenging and difficult things we have ever had to endure as a family, and for me, too, personally as well,” he explained. “And I’ve gone through some doozies in the past…Testing positive for COVID-19 is much different than overcoming nasty injuries, or being evicted, or even being broke, which I have been more than a few times.”

The Jumanji: Welcome To The Jungle star shared that he and his wife “had a rough go,” but the girls had only mild symptoms. He then assured fans that, “We’re good. We’re on the other end of it, we’re on the other side. We’re no longer contagious, and we are—thank God—we are healthy.”

Stay disciplined. Boost your immune system. Commit to wellness. Wear your mask. Protect your family. Be strict about having people over your house or gatherings. Stay positive. And care for your fellow human beings. Stay healthy, my friends. DJ 🖤 #controlthecontrollables

Adam Carolla might think wearing masks is for “p*sssy’s” [sic]. The Rock knows it’s not. In the video, Johnson says, “My number one priority is to always protect my family. And protect my children, my loved ones. By the way, I know I speak for all of you guys: It is OUR number one priority.”

He outlines the precautions his family was already taking. They’d been in isolation since March. They’d been taking antioxidants and vitamins to boost their immune systems. Johnson had not gone back to work, as some actors have. Then, they invited some close friends over and contracted the virus from them. Now, Johnson says a COVID-19 test will be required 24-hours before visiting with his family.

“The other thing is,” Johnson declared, “Wear your mask.” He added, “It baffles me that some people—including politicians—will take this idea of wearing a mask and make it part of a political agenda and politicizing it. It has nothing to do with politics. Wear your mask. It is a fact. It is the right thing to do. It is the responsible thing to do. Not only for yourself and your family and your loved ones but also for your fellow human beings.” (Emphasis ours.)

“I am not a politician,” he smiled, “I am a man though, who cares about my family deeply and will do whatever I can to protect them. But I’m also a man who cares about all of you guys.”

He ended by urging others to “control the controllables: Wear your mask. Boost your immune system. Think twice about who you have over to your house, and if you do have them over to your house get them tested.”

Can you smell what The Rock is cooking? It’s care and decency for your fellow man.

← James Bond's 'No Time to Die,' Take 2 | Is Double Voting a Felony? Asking for a Donald Trump Supporter →