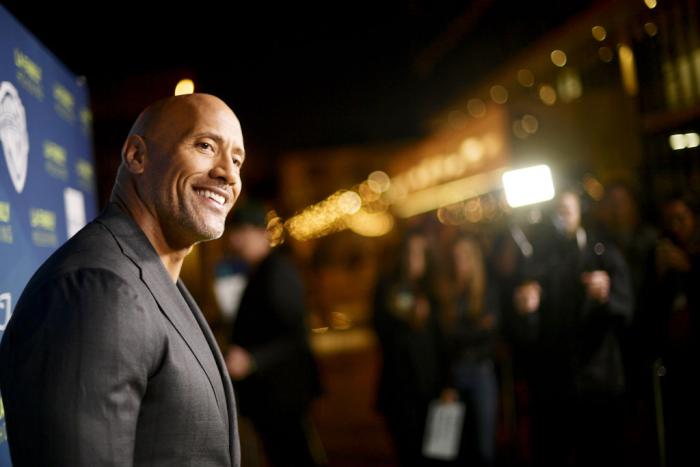 I Bet The Rock Wishes He'd Kept His Mouth Shut

Last month, a small group of iconic musicians opted to pull their catalogs off of Spotify in protest of the streaming service’s continued support of Joe Rogan’s podcast. A whole mess of regular folk canceled their subscriptions, hitting Spotify’s CEO in the pocket to the tune of $1 billion. Rogan “apologized” for spreading misinformation about Covid, and Spotify slapped a warning label on some of his episodes. Then, people who should know better (ahem, Jon Stewart) felt like they needed to come to Rogan, and to Spotify’s, defense. Apparently, we’re all overreacting and Neil Young is just being silly about all of this. (For the record, Neil Young has never been silly about anything, in his entire, polio-surviving life.)

One of the other celebrities who might have surprised some people with his support of Joe Rogan is Dwayne “The Rock” Johnson. Johnson left a message on Rogan’s Instagram apology video, calling it “great stuff”

Twitter was not happy about this development. Many people took to social media to express their disappointment in this endorsement of Rogan’s dangerous and idiotic messaging. One of those people was Cheri Jacobus. She’s a former Republican and “Never Trumper” who Johnson, oh excuse me, DJ, felt the need to call out personally.

@CheriJacobus
Hi Cheri,
Good morning, it’s DJ.
You’re all over my timeline so I wanted to share some context with you so hopefully you’re no longer triggered by headlines you read. I thought his response was contrite and more importantly, open to change to becoming better.

That post reeks of conservatism, doesn’t it? The derogatory use of the word “triggered.” Veiled claims that her opinion is uninformed. Real classy, DJ. Not long after Rogan gained all of this vocal support, a 30-second supercut of him using the N-word on his podcast surfaced.

This is who the right is defending. pic.twitter.com/qqaB12dFYz

This was after musician India Arie pulled her music and podcast from Spotify and took to Instagram to explain how tired she is of the streamer’s support of Rogan’s racism.

Author and activist Don Winslow took his shot at trying to convince Johnson that Rogan is not worthy of his defense. And his post was met with much more civility and grace than Cheri’s was.

Dear @donwinslow
Thank you so much for this
I hear you as well as everyone here 100%
I was not aware of his N word use prior to my comments, but now I've become educated to his complete narrative.
Learning moment for me.

Mahalo, brother and have a great & productive weekend.
DJ https://t.co/3mBf85wRoe

I guess it takes a man to tell a man when he should be a man and admit he was wrong. It’s nice (?) to know that Johnson has a line he’s not willing to let people cross, never mind all of the other garbage that comes out of Joe Rogan’s podcast. This is where The Rock draws his line in the sand.

Twitter is an ouroboros and rounded on Johnson with video clips of some racist comments he made in the ring during his WWE days.

Whew, they are pulling up old receipts on The Rock, chile. He should’ve sat there and ate his food.

For whatever it’s worth, The Rock tweeted an apology to Cheri Jacobus last night. He lives to fight another day and make another few hundred million at the box office. This feels like a good time to remind everyone that, while Dwayne Johnson is sometimes on the right side of social justice issues, his main focus is protecting his own image as a “uniter of all people.” His concern is maintaining his popularity across as many demographics as possible. He’ll talk out of both sides of his mouth to do it.

Hi @CheriJacobus,
I owe you a sincere apology.
I didn’t show up the way I would’ve liked to in our dialogue and my language to you was offensive.
I apologize.
Thank you and your followers for all the dialogue here.
Have a great & productive weekend.
DJ