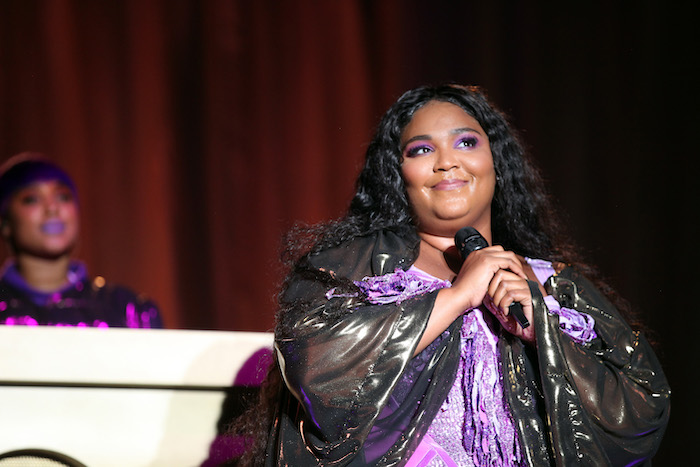 This is a tale as old as time: A delivery driver misses their delivery window, so you take to social media to accuse them of eating your food, and last night, it happened to Lizzo.

In a now-deleted tweet, Lizzo put the driver on blast, with a screenshot of the app (with the driver’s face 😬) and a warning to both Postmates and the driver (and perhaps of all us) that we’re lucky she “don’t fight no more.”

I apologize for putting that girl on blast. I understand I have a large following and that there were so many variables that could’ve put her in danger. Imma really be more responsible with my use of social media and check my petty and my pride at the door. 🥺

I mean, was it a good look to take to social media to put someone who’s just trying to pay rent on blast because you feel they ate your food?

No, of course not. It seems Lizzo gets that and deleted her tweet. We all make mistakes. Although I will be honest, my mind doesn’t automatically go to someone eating my food if they don’t deliver it. I usually err on the side of alien abduction. Duh.

Do I understand why she did it on some level?

Absolutely. There is no scene in a movie I identify with more than the Witch King of Angmar telling Eowyn not to interrupt the damn Nazgul from just trying to eat because it was hangry, man!

When you’re hangry you do dumb, mean things. It’s not an excuse, but I’ve also been there when my delivery doesn’t arrive when the app promises me it will. I mean, you tell your sarlacc (that’s what I call my stomach) that food will be delivered to it within a certain time frame and when that doesn’t happen, well, you start to regurgitate Mandalorians who fell into it earlier.

Which is to say, you anger the Kraken within and perhaps you angry tweet as a result. Or maybe eat an entire stick of butter because you’re hungry and you’ve got to eat something. I don’t judge your life choices, so please don’t judge mine.

Where Lizzo went wrong was tweeting the name and picture of her driver.

Well, where she really went wrong was not being there to greet the delivery driver when the app told her to, because Postmates revealed the driver was doing her job correctly, was there when the app said she was, waited 5 minutes, then moved on to her next delivery.

So, in actuality, this is on Lizzo. Hunger makes us do dumb, stupid things we regret. I hope she was able to appease her own Sarlacc, maybe with some crackers she had lying around. Always keep an emergency stash of crackers on your person, just in case of food delivery crises like these. Also, become friendly with your local pizza guy and tip him well because that way he will always know where you live and you won’t run into these types of problems. That’s a pro tip from Kate Hudson, right there. Goodnight!

← Laura Dern Says 'No' to Bradley Cooper (But What About Lady Gaga, Jennifer Garner, and Angelina Jolie?) | 'Silicon Valley's' Thomas Middleditch And His Wife Mollie Gates Are Swingers →