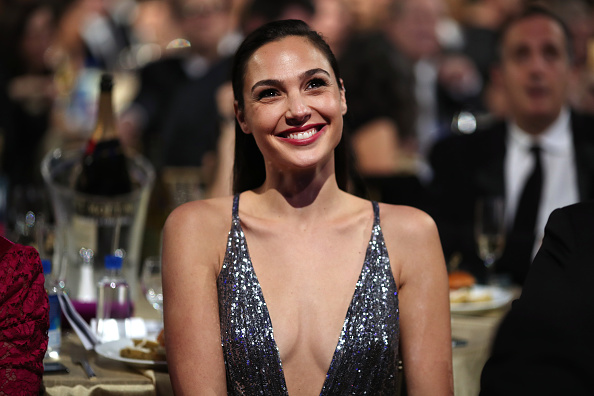 How To Be a Celebrity During a Pandemic

We all cope with adversity in different ways. As the COVID-19 pandemic takes root around the world and forces drastic change, we collectively have had to make a lot of sacrifices. Self-isolation is now not only the norm but a crushing necessity, especially as far too many selfish creeps have decided that the rules and transmission of respiratory viruses do not apply to them. We turn ever more to social media for advice, updates, and companionship. It’s a slice of normalcy during an increasingly abnormal time. Celebrities are a part of that. What’s a greater indication of sticking to the status quo than dunking on the rich and famous via Twitter? Hey, if we can’t go see their movies or attend their concerts, we have to take what we can get right now.

Some celebrities seem to be dealing with the coronavirus better than others. A few have taken this as an opportunity to spread good cheer and stern advice about handwashing and self-distancing. Arnold Schwarzenegger told people to stay at home as he lounged in his jacuzzi. Musicians like Neil Diamond, Michael Stipe, and JoJo have been remixing their own songs to give advice on protecting oneself from COVID-19. Seemingly everyone of note has taken to social media to show off their quarantined selves, be it as a sign of inspiration or one of relatability. Timothée Chalamet is bored. Kristin Chenoweth is furiously cleaning as she hits the high notes. January Jones is showing off her bonkers beauty routine. All in all, it’s business as usual, albeit in a far more noticeable manner.

The very concept of celebrity is performative. It requires you to put on a persona, or to exaggerate and commodify existing aspects of your own self, that will be easily and welcomingly consumed by millions of hungry spectators. Being famous, especially to a worldwide audience, means that you are always on, and just because the entertainment world has ground to a halt, that doesn’t mean you can stop selling your wares. We have no idea how long this period of self-distancing and near-universal shutdown will continue for. A whole lot of major stars who were supposed to be touring or filming or hosting are now in the same boat as everyone else but they need to show that they’re still on the ball for keeping you entertained. Everyone is currently engaged in some form of unpaid labor, especially with so many people being laid off because of the virus. Celebrities are following suit, albeit in a less financially devastating manner.

The common theme of these celeb pop-ups is the idea of unity. We’re all in this together, as Zac Efron and Vanessa Hudgens famously sang (and boy, Hudgens’s response to all this has been WILD and a notable exception to the current rules I’m discussing.) This is a strange leveling of the playing field, a moment where we are united in being alone. We don’t all require an audience for our isolation but it feels like a sudden necessity for everyone to offer daily reports on how they’re coping with this unique situation. Being highly visible in these circumstances means you end up with an automatic label of authority. You have to be seen doing well because if you’re mega-rich and famous and not coping with this then how the hell will anybody else? Even the most practiced performances of hot mess syndrome — look at me trying to cook and look after my kids and not go mad, just like a normal person! — has to come with a sheen of celebrity professionalism. You can’t really be a mess but you have to do something to downplay everyone’s instinctive responses of, ‘When do we get to eat the rich?’

The flipside to this carnival is the necessity to perform a certain degree of solemnity. Yes, staying at home all day and watching Love is Blind on Netflix is all fun and games but we must remember the seriousness of the situation and offer words of positive encouragement to the beleaguered masses. Lady Gaga offered an inspiring statement on Instagram and some humble words on how the pandemic ‘is reminding I think a lot of us what it is to both feel like and be a human being.’ Her makeup brand, Haus Laboratories, ensured fans that ‘just like our fearless leader […] we know we will get through this together if we remember to continue to lead with kindness.’

It was always going to make the headlines whenever a celebrity of any kind received an official diagnosis of coronavirus. When Tom Hanks and Rita Wilson confirmed that they had tested positive for COVID-19, some people saw it as a tipping point, the much-needed reminder that this problem wasn’t all media bluster or something they could sweep under the rug, not when it came for America’s dad. Now, it seems as though every passing day brings with it the news that yet another familiar face has tested positive for coronavirus, and with it comes a shot-on-iPhone video of said celebrity breaking the news to us but letting everyone know that they’ll get through it and that all of us regular Joes should get tested just in case. Of course, the vast majority of people who need said tests can’t get access to it. Broken medical systems and the ineptitude of government responses to this pandemic have further exacerbated the wealth gap of healthcare. Pay up and you can get the test. Suddenly, basic measures against a worldwide illness have become yet another celebrity status symbol.

Perhaps it’s just my mood or the general sense of dread that has permeated every facet of my life right now, but I must say that I find very few of these displays of celebrity showboating during this pandemic to be truly entertaining. The worst examples of this, such as that cringe-inducing video of ‘Imagine’, feel so tone-deaf to current concerns. There’s something about seeing all these shakily filmed clips shot on phones of hastily prepared bits that doesn’t strike me as particularly life-affirming or optimistic. What we’re seeing is celebrity stripped of much of the work required to maintain the said illusion. There’s no PR, no make-up, no flashy editing or even basic prep. We hear every moment of hesitation, we see the tiredness etched onto their faces, we smell the faint aura of desperation. It reminds me of that episode of The Simpsons where Sideshow Bob tried to ban all television and Krusty holed up in a crumbling shack to perform bad improv with a gas can and photograph of President Eisenhower.

SELF ISOLATION . Thought I’d pick up a uke after all this time and sing something cheerful. I can only apologise … pic.twitter.com/D0j7chfKb0

There is an appeal to this approach. Everyone kind of sucks right now and who can’t relate to that? Still, we cling to the old ways of celebrity because that’s the comfort we’re used to, and that’s what these people know how to provide. It’s far more successful for those who have embraced the surreal nihilism of the situation, from Seth Rogen getting stoned as he live-tweeted a viewing of Cats to Charli XCX and perennial Pajiba dirtbag favorite Diplo doing a live-streamed workout to varying degrees of fitness success. I’m not sure we want reassurance or hope from our celebrities right now. Charlie XCX put it best: We need dumb sh*t.

← Review: The Emotions of 'Waves' Give Shape to Movie as Mixtape | The Federalist Is Endorsing 'Infection Parties' Now, Wonderful →