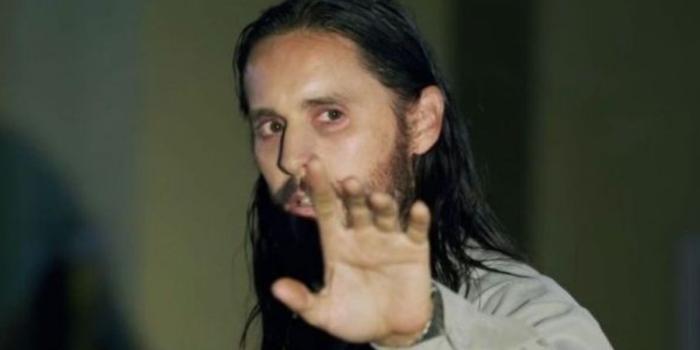 How the Hell Did Jared Leto Become an Unexpected Oscar Contender This Season?

We’re used to awards season being exhaustingly predictable. Last year, for example, the four acting winners were secured months ahead of the ceremony, and discussing possible underdog victories felt wholly pointless, even though the competition was impressive. When we are truly shocked by the results, it can be a mixed blessing. Parasite overcoming the odds to take the Best Picture trophy home is amazing. Green Book doing the same… less so. Awards prognosticating is a full-time job for many writers in the pop culture world and doing so during these notoriously precarious times has made the gig a lot harder. Things are, for maybe the first time in years, truly up in the air for now. That left many of us somewhat slack-jawed during the announcements of the nominees for both the Golden Globes and the Screen Actors Guild Awards. Wasn’t it great to see so many female directors getting recognition? How cool is it that Maria Bakalova from Borat Subsequent Moviefilm is a legitimate Best Supporting Actress front-runner, and that the late great Chadwick Boseman could receive two posthumous Oscars?

And then there was the Jared Leto crap.

Nobody was predicting that Leto would receive a slew of Best Supporting Actor nominations for his performance in The Little Things. If anyone had penciled in such a possibility, they probably erased it once the film premiered and the disappointing reviews seemingly sank those chances. Nobody seemed to be particularly enamored with the film, and of the three Oscar winners in the main roles, it was Denzel Washington who earned the glut of positive headlines, not Leto or Rami Malek. It’s not as though Leto received the worst reviews of his career or anything, but the buzz was so unspectacular around both him and the project that it seemed inconceivable for him to emerge, out of nowhere, as an awards contender. And yet here we are.

So, how the hell did this happen?

First, it’s worth noting the bleeding obvious: Leto did campaign for it. Not much, mind you. He’s not as omnipresent on the greatly reduced awards season cycle as, say, Sacha Baron Cohen or Carey Mulligan, but he’s still putting his face out there. He did a Variety conversation with John David Washington where he went deep on his role. He went out and promoted the movie, talking with various pundits who are well-known on the awards beat. Granted, this season isn’t as flashy or headline focused as those of years past. You can’t commit to a full campaign when there are no screenings to attend, film festivals to schmooze at, or talk-show hosts to play children’s party games with. It’s mostly just a lot of celebrities using Zoom in whatever room of their mansion is the least ostentatious.

During this process, Leto has been… surprisingly normal? After many years of self-flagellation and positioning himself as the most torturous artiste of his generation, Leto noticeably calmed down when it came time to promote The Little Things. We haven’t been regaled with endless interviews describing his method process for getting into the mind of a serial killer. There weren’t months of headlines detailing every agonizing moment of Leto’s uber-serious craft preceding the film’s release. Not one of his colleagues seemed to have received a bunch of used anal beads or dead animals. I imagine this is Leto’s version of behaving himself. Oh, how low the bar has fallen.

Ultimately, I think the answer may be a far more mundane one than we were expecting: laziness. This is a weird year to host something so seemingly frivolous as a movie awards season. The entertainment industry as we know it came to a grinding halt over much of 2020. Major productions were shut down. The entire cinematic release model was irrevocably changed, and the new norm of VOD premieres across the board is a genie that will be tough to force back into the bottle. A lot of the titles we were expecting to be in competition for 2020 — Dune, Next Goal Wins, West Side Story, King Richard, The French Dispatch — didn’t make the cut due to these delays. That means the potential winners and nominees for the previous year are a quieter, potentially more radical bunch. Of course, getting voters to actually watch them is its own task. There are no special Academy events or film festivals to attend. DVD screeners are still commonplace, but the lion’s share of eligible films is accessible primarily through AMPAS’s new digital screening platform. The average Academy voter is still an old white guy with a severe allergy to change, and that screening room has faced many criticisms lately for technical issues. What’s to stop people from just voting for the big-name stuff, the ones with recognizable figures at the helm, the movies they didn’t have to jump through hoops to see?

I personally think this is one of the reasons that Netflix, previously viewed with such skepticism by the Academy, is doing gangbusters right now. Everyone can see films like Mank and Trial of the Chicago 7 at the drop of a hat, and it doesn’t hurt that those works already fit snugly into the Academy’s narrow expectations of what a prestigious, awards-worthy movie looks like.

So, look at The Little Things: A murder mystery with three Oscar-winning actors in the lead roles, one of whom is playing a villain. They may not be wild about Leto’s prior antics but he’s a familiar face and they respect the particular labor required for such a role. It’s almost comforting. And look, there he is doing interviews and seeming like such a hard-working actor who has eschewed the tedious theatrics of his Joker-esque past. Maybe he’s learned his lesson, and we do love a comeback of sorts. Sure, let’s vote for him in a category that’s a little lighter on competition right now than years past.

Best Supporting Actor isn’t as jam-packed with prospective nominees as other categories, but there are still plenty of incredible performances to choose from: Leslie Odom Jr. in One Night in Miami, Daniel Kaluuya in Judas and the Black Messiah, David Strathairn in Nomadland, Paul Raci in Sound of Metal, Chadwick Boseman in Da 5 Bloods, Bo Burnham in Promising Young Woman, and Alan S. Kim in Minari, to name but a few. This is an awards season that could pave a path for more interesting, progressive, and left-field choices. The bricks are all there to build such a road. Then again, the Academy has always been exceptionally proficient and snatching defeat from the jaws of victory. It would be the most hilariously predictable thing ever if they looked at this vibrant array of possibilities and picked a slate of beige. In that context, Jared Leto benefits the most.

← 'The Equalizer' Review: If They Live Long Enough, They All End Up on a CBS Procedural | 5 Shows After Dark: 'Black Lightning' Season Four Premiere on The CW, 'The Investigation' on HBO →