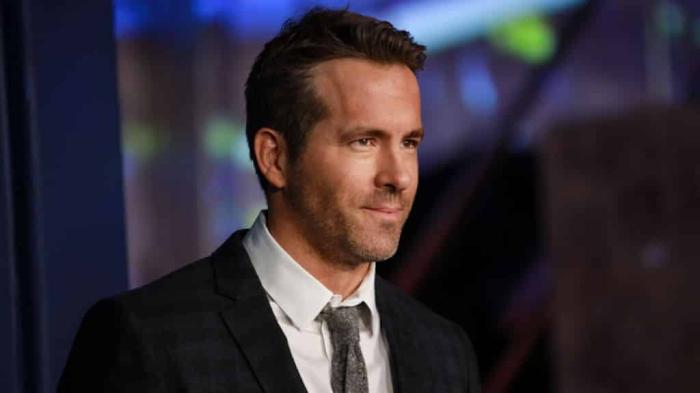 How Ryan Reynolds Became King of the A-Lister Side Hustles

There are some A-Listers for whom the announcement that they are doing a series on Snapchat would prove surprising. Ryan Reynolds, curiously, is not one of them. When The Hollywood Reporter revealed that Reynolds would team up with Will Smith’s Westbrook Media for a series dedicated to him exploring strange and new crafts, it seemed unusual but not particularly shocking. The conceit of Ryan Doesn’t Know, wherein the Deadpool actor would try out skills like ax throwing, latte art, and ice sculpting, felt like a good fit for him. To industry outsiders, perhaps it seemed like a major step down for a guy who can easily lay claim to the title of one of Hollywood’s most beloved movie stars, but it was entirely in line with Reynolds’s agenda. Over the past few years, Reynolds has become more than just a film favorite: he’s a true mogul with multiple side-hustles who is paving a new route for business success among his acting peers.

There was a period in Reynolds’s career where the possibility of him becoming a next-level star seemed to have come and gone. He had more than a few strong performances under his belt across a variety of genres — fratty comedies like Just Friends, sweet romances such as Definitely Maybe, intense dramas including Buried — but his attempts at reaching the upper echelons of success saw him stumble hard. Reynolds was likeable and had his fans but his choice of blockbuster vehicles that would hopefully prove his prowess proved to be critical and commercial messes. Remember Green Lantern and how perfect we all thought Reynolds was for Hal Jordan? It’s not his fault that the film is a bland mess but it’s also true that he wasn’t a great fit for that character. He seemed restrained, his natural boisterousness smothered by the narrow boundaries of the traditional leading man. He was no Tom Cruise and that seemed to be the mold people wanted to force him into, despite the obvious mismatch. His next few films either failed to deliver or saw him overshadowed by co-stars like Ben Mendelsohn in the underrated Mississippi Grind. It seemed like he was ready to become another handsome white guy who never happened. Wade Wilson changed that.

Everyone knew that Reynolds was the perfect man to play Deadpool, even when he was saddled with the worst possible version of the character in X-Men Origins: Wolverine. He spent years trying to get a Deadpool solo movie off the ground, a possibility that seemed impossible for a long time given the decidedly PG-13 nature of modern superhero cinema and the supposed risks of a hard-R, profanity-filled antihero movie about a guy who breaks the fourth wall to brag about touching himself. As the superhero genre became a bigger deal and a more rigidly defined narrative formula, Deadpool felt simultaneously dated and ahead of its time.

That it worked as well as it did is a testament not only to the commitment of the creative team but to Reynolds’ devotion to the character. He shepherded this project when nobody took it seriously, and he was key in shaping the script. As screenwriter Rhett Reese noted, Reynolds was ‘the keeper of the Deadpool flame for many years […] if we ever do something that is off the Deadpool path, or if it doesn’t feel like Deadpool, he catches it.’ When Fox was unwilling to pay Reese and co-writer Paul Wernick to be on set every day, Reynolds paid their salaries out of his own pocket. At this point in his career, it’s debatable as to whether Reynolds was the kind of star who could wield this sort of control over his work, yet nobody else was going to do it for him, and he clearly knew this was his golden ticket. On a reported $58 million budget, Deadpool made $782.6 million and became the ninth highest-grossing film of 2016, as well as the highest-grossing R-rated movie of all time until Joker. It was a shot across the water from Team Reynolds. He was on top, bigger and more popular than ever before, and now was the best time for him to get his fingers into a few extra pies.

As an actor, Reynolds has primarily stuck to blockbusters like many of his superhero movie contemporaries. He’s here to be top-billed and make lots of money, whether it’s with the Netflix Michael Bay film 6 Underground, the action-comedy The Hitman’s Bodyguard or being the eponymous Detective Pikachu. Really, the movies part of his career is the least interesting aspect of modern-day Ryan Reynolds for me.

There’s a general fear in the world of celebrity that spreading oneself thin across multiple mediums and ventures will lead to overexposure and backlash. There’s certainly some truth to this — although it doesn’t seem to impact hot white dudes as much as everyone else, funnily enough — so Reynolds’ business diversifications have primarily been off-camera. He executive produces and commentates on a ABC game show called Don’t, which could seem hopelessly dated and kind of desperate for a major star yet doesn’t for Reynolds (game shows are hot right now and adding his voice to the series is killer promo.)

Reynolds’ investments have been savvy. It’s not enough to slap your name on a product and call it a day. That’s a strategy that’s sunk more than a few celebrities. A lot of stars get wrapped up in the glitz of being businesspeople and want to make suitably glamorous investments. Reynolds’s own wife, Blake Lively, fell into this trap with her lifestyle website Preserve, which certainly looked good but had no definable identity or purpose. Reynolds keeps it simple and leverages his star power in smarter ways. In 2018, he acquired a stake in the gin brand Aviation, and quickly threw himself into being the company’s face. It helped that the gin itself was legitimately good and investing in booze remains an eternally safe investment (people always like to drink and gin is very cool these days.) It clearly paid off after only two years, when Aviation was sold to Diaego, the beverage company that owns Smirnoff and Johnnie Walker.

In November 2019, Reynolds acquired an ownership stake in the telecom company Mint Mobile. Reynolds himself admitted that it was ‘a bit unconventional’ but it made more sense as a long-term financial investment than, say, a luxury clothing or skincare line. Everyone has a mobile phone and there’s clearly a gap in the market for a company like Mint, even if customers tend to gravitate towards bigger brands. Reynolds rolled out the big guns in building up big-name recognition for Mint Mobile, with Super Bowl ads and appearances from major celebrities. Ghostbusters couldn’t get Rick F**king Moranis out of retirement but Mint Mobile could! Reynolds has a savvy awareness of his own appeal and how best to utilize it. He gets Hugh Jackman to mock Aviation Gin and endlessly mocks himself for being the kind of guy who now shills for a mobile company. He goes full Deadpool for everything, which both builds up his personal brand and makes his investments more lucrative. It’s a very fine line to walk, especially when you’re the face of it all, but Reynolds pulls it off.

Last year, Reynolds and It’s Always Sunny in Philadelphia star Rob McElhenney purchased the Welsh football team Wrexham AFC. It’s arguably his riskiest venture to date. Even Saudi princes with their infinite wealth have struggled to make money from British football teams way bigger than Wrexham. It remains to be seen how Reynolds and McElhenney will leverage their fame and Hollywood clout to better the future of a team that means a lot to its fans and the local community. Star power will only get them so far and most of Reynolds’s favored celeb business strategies won’t work here. Mostly, however, it’s another example of Reynolds’s fascinating development into a celebrity whose side-hustles have come to redefine him in ways that will secure his fortunes far beyond that of his acting salary. It’s a business model that many of his contemporaries will seek to replicate, especially in the (hopefully) post-COVID age when the status of the film industry remains tenuous. Don’t be surprised if you see other A-Listers suddenly keen to let you know about their vodka brands and investment portfolios.