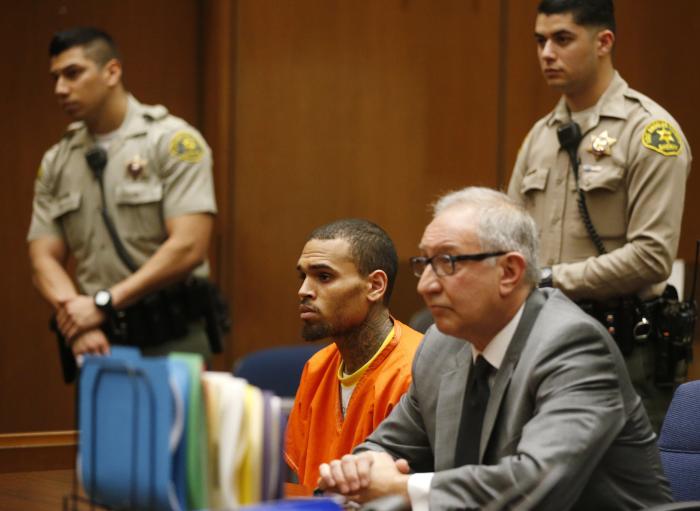 How Many Credible Accusations Must Chris Brown Accumulate for Music Stars to Stop Collaborating With Him?

The short of it: Chris Brown has been accused of rape. Again.

Last time, he was arrested in Paris but was released shortly thereafter and the charges dropped. Well, sort of. He just failed to show up to subsequent hearings in France, and the case probably died on the vine. That was back in 2019.

His newest accuser is seeking $20 million dollars in damages, claiming in December 2020 Brown lured her to Sean “Diddy” Combs’s yacht in Miami with the pretense of discussing her music career. There, she claims Brown drugged and raped her, and would later sexually harass her in further, supposedly professional meetings.

The language of due process and presumption of innocence mandates that we use all the derivations of words such as accusation or alleged. There could be an argument that we could be jumping to conclusions, based on Brown’s confirmed behavior. But goddammit, the pattern is looking at us right in the face. That pattern is telling us that he’s getting away with it in the same way R. Kelly did for decades.

I don’t want to focus on Chris Brown, anymore, because that’s just a waste of spit. He coasts on being a villain; his entire career resurgence — after what he did to Rihanna — is based on tailoring his public image as an actual bad boy with the moves (and autotuned pipes). Instead, I want to put the spotlight on the dozens of people who have enabled him ever since he assaulted Rihanna. It takes a village to let a predator get away with it, or the Music Industry in this case.

The available data is depressing: Based on Chartmasters’ list of the most streamed artists on Spotify (regularly updated), Brown ranks 34th based only on his lead-tracks alone, with over 13.7 billion streams at the time of publishing this. Add in a further 7.8 billion streams from tracks in which he’s a featured artist. He is just above Beyoncé, above Adele, above The Beatles, and above Gaga. A lot of that is helped by his gaming of Spotify, releasing albums with over 40 tracks that his idiot fans will play on repeat just so he can brag later about scoring yet another platinum album. Don’t forget, this is the fool who thinks that winning a Grammy is something to boast about. But that’s not really the problem, that’s just a mediocre artist being mediocre and greedy, and Spotify allowing it.

Chartmasters has another useful resource, a data tool that allows you to break down and count an artist’s Spotify streams. The data on Brown shows that what has really furthered his career, year after year, accusation after accusation, and trial after trial is that he can always count on being featured on other stars’ singles. He ranks sixth on featured streams alone, based on Chartmasters’ list, but also, most of his streams on Spotify as a lead have had the contributions of other artists, including two collaboration mixtapes with Tyga and Young Thug.

Collaborations in mainstream music are mostly about exploiting synergies and riding each other’s clout, mostly to fill airtime and Spotify playlists. They have as much artistic integrity as a Wall-Mart promo coupon. But they have allowed Chris Brown to just remain there, to resurrect him through a series of hits and close-enough-to-hits for him not to learn a single damn lesson.

Drake, Lil’ Wayne, Busta Rhymes, Lil’ Dicky, Rita Ora, Nicki Minaj, Usher, J. Balvin, Wisin & Yandel, Future, Wiz Khalifa, Ludacris, ZAYN, G-Eazy and especially Justin Bieber. They made him. They are the ones who should start apologizing (you don’t get to make a funny SNL rap against sexism if you keep sticking up for Brown, Wayne Carter) and they are the ones who could flush him down the drain. Because let’s face it, as Claude once said of Kanye’s fans, some consumers are too cynical to let ethics get in the way of their entertainment.

But then again, I remembered most of the people above are pieces of sh*t themselves. The Music Industry is even more hopeless than Hollywood.


← Watch the Trailer for Hulu's 'The Dropout,' Starring Amanda Seyfried | I'm Sorry, I Didn't Realise Sometimes Life Could Literally Be a Cartoon →