Nanjiani, an eternal Pajiba favorite and one-half of the entertainment industry’s most sinfully underrated power couples, will play Kingo Sunen, who Wikipedia describes as a samurai and master swordsman. We know Marvel Studios likes to keep its abs quota high, so Nanjiani committed to a full work-out. You may have seen his wife, writer and producer Emily V. Gordon, noting that fact on Twitter, but now Kumail has revealed the results.

I never thought I’d be one of those people who would post a thirsty shirtless, but I’ve worked way too hard for way too long so here we are. You either die a hero, or you live long enough to see yourself become the villain. I found out a year ago I was going to be in Marvel’s Eternals and decided I wanted to transform how I looked. I would not have been able to do this if I didn’t have a full year with the best trainers and nutritionists paid for by the biggest studio in the world. I’m glad I look like this, but I also understand why I never did before. It would have been impossible without these resources and time. So big thanks to @grantrobertsfit who started working with me at the beginning of the year and made me understand true physical pain for months and months. Then, once we started shooting, a massive thanks to @davidhigginslondon and his team (@ellispartridge, @thebeardypt, @tomcheesemanfitness) for training me almost every day and making me strong, limber and injury free. I can almost touch my toes now. (And thank you for forcing me to do cheat meals David.) Matthews Street Catering for their delicious and healthy meals. And finally, the biggest thanks goes to @emilyvgordon for putting up with me complaining and talking about only working out and dieting for the last year. I promise I’ll be interesting again some day. #thirstyshirtless (Photo by @markupson.)

Now there is a man who is not f**king around for the part. Look, Nanjiani has always been hot, he never needed abs to confirm that, but we can’t say the slightly pained looking forearm veins aren’t doing it for us. Emily Gordon, you go get it! 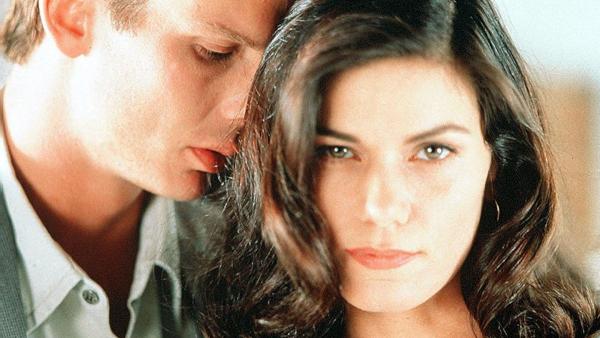