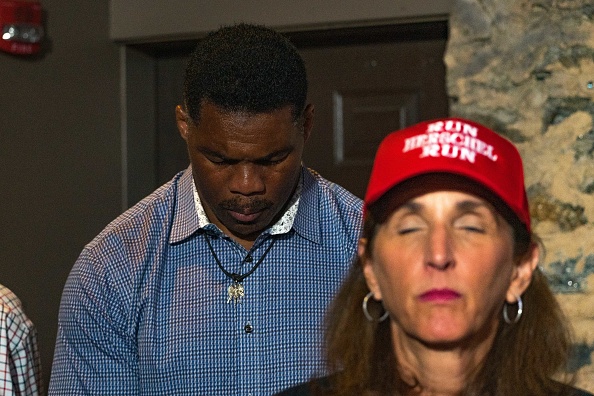 I wrote about Herschel Walker’s influencer son, Christian, back in July. He is a real piece of work — a walking contradiction: He’s sexually attracted to only men, but he’s not gay, he hates Pride flags, and he thinks it’s important to treat service workers kindly, although he doesn’t do so himself.

I don’t know how to describe the guy, because there’s no one like him, but he has an evangelical disdain for absentee fathers, for men who leave their wives and “go out and bang a bunch of other women.” When revelations surfaced that his father Herschel Walker — currently running for Senate in Georgia — had done just that, social media shoved it in his face.

But here’s the twist: Christian Walker is now claiming that he was low-key calling out his own absentee father all along.

Yesterday, we learned that Hershel Walker — who believes that abortion should be outlawed with no exceptions — apparently nevertheless carved out an exception for himself. He paid for a woman he impregnated in 2009 to have an abortion.

For Christian Walker, that was the last damn straw.

I don’t care about someone who has a bad past and takes accountability. But how DARE YOU LIE and act as though you’re some “moral, Christian, upright man.” You’ve lived a life of DESTROYING other peoples lives. How dare you.

Every family member of Herschel Walker asked him not to run for office, because we all knew (some of) his past. Every single one. He decided to give us the middle finger and air out all of his dirty laundry in public, while simultaneously lying about it.

This morning, he made a video basically reiterating the same, only with a lot more Christian Walker attitude:

I’ve spoken to nearly all of the people who have attacked me and told them quietly that I didn’t want to be involved.

Now they’re blaming me for everything I’m not responsible for. It’s disgusting. pic.twitter.com/rhMRNHMDaC

Is Christian himself being a tad hypocritical given how many tweets in his timeline also praise what a wonderful father Herschel is? Sure. But what do you expect from a guy who has Herschel Walker as a dad?