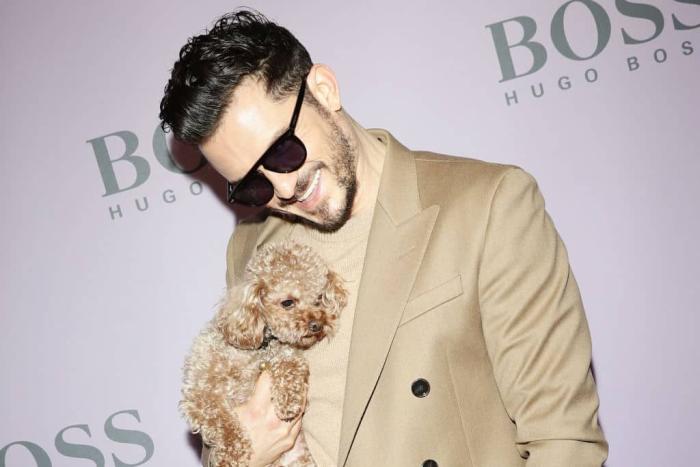 Have You Been Wondering what Orlando Bloom Is Up To Lately? Look No Further!

Remember when Orlando Bloom was the biggest star on the planet? I certainly do, in large part because I was exactly the right age when the double-whammy of The Lord of the Rings and Pirates of the Caribbean: The Curse of the Black Pearl dominated 21st-century pop-culture and I was developing all these pubescent feelings and sh*t. Seriously, I was that kid with the Legolas poster on my bedroom wall. Don’t judge me like you weren’t that person too. Bloom was EVERYWHERE for a solid few years in the early-2000s.

And then he wasn’t.

As he tried to evolve into a leading man independent of franchise support, he had a few critical blips like Elizabethtown and Kingdom of Heaven, the latter of which has an incredible director’s cut but Bloom is still wildly miscast. He slowly disappeared from the mainstream and the roles got smaller and smaller. All of a sudden, there were lots of ‘whatever happened to Orlando Bloom’ clickbait stories floating around. So, where did he go?

He’s fine, don’t worry. Aside from appearing in Amazon’s Carnival Row, where he plays a man with the wonderful name of Rycroft Philostrate, Bloom is mostly focused on smaller movies where he chews on some good old-fashioned character work. That includes Retaliation, a bleak drama about a victim of childhood sex abuse at the hands of the clergy who tries to confront his past and raze hell in the process. The movie actually premiered at the Edinburgh International Film Festival in 2017 under the title Romans but this is its proper American release. A three year wait doesn’t exactly suggest top-quality, neither does your trailer getting a pull quote from Letterboxd. Still, Bloom looks good with all the Shia-style chest tattoos.

He’s also in The Outpost, which dropped on VOD this month and was, as described by Roxana in her review, ‘exactly the kind of movie you can guess it will be.’ Coming soon, Bloom will star in the new season of Carnival Row as well as the time-travel sci-fi movie Needle in a Timestack, where he will be the token white guy alongside Cynthia Erivo, Freida Pinto, and Leslie Odom Jr.

Oh, and he’s having a kid with Katy Perry. And they have an apple cider vinegar business. Yeah, really.

Orlando Bloom is one of those actors who has always fascinated me. Hollywood goes through crateloads of hot white dudes like him and only a select few manage to make the transition into long-term success outside of their initial status as the flavor of the moment. DiCaprio pulled it off but he’d been in the business since he was an Oscar-nominated teen, and so did Pitt but he also picked weirder and more off-the-wall projects earlier in his career amid the heart-throb stuff (and even then, Pitt’s overall career is way weirder than we ever remember it being or give it credit for.) Bloom never really made it and I think it’s because he was never considered much of an actor, to begin with. I don’t say that to be mean — I think he’s been very good in the right roles — but the two roles that made him a major celebrity were more reliant on aesthetic than depth. Legolas is gorgeous and aloof while Will Turner is gorgeous, romantic, and forced to contend with a scene-stealing gay rockstar pirate played by Johnny Depp.

To Bloom’s credit, his post-Pirates and Rings work — not counting his return to both franchises — were certainly interesting on paper: Shakespeare on Broadway, mumblecore comedies, politically-driven dramas, and one scene-stealing display of Branagh-esque ham in The Three Musketeers. He even impressed critics by doing the intensely difficult Tracy Letts pay Killer Joe on the West End. Now, he seems to be the kind of jobbing actor he probably would have always been, had he not had the good fortune to join two of the biggest film series ever made.

Like I said, he’s doing fine. Handsome white dudes are hardly going to go out of style in the film industry. Plus he’s got Katy Perry drooling over him on Instagram. Go get it, sweetie.

babycat and I love daddy @orlandobloom for his heart but of course always very proud of him and his incredibly talented contributions, many rolling out this summer… #Retaliation is a powerful one coming July 24th! Mark your calendars (I’ll remind you tho 😛) p.s. anyone else drooling at the shot of him shirtless with the tattoos 🤤#getaroom #okfinewewill

← Henry Cavill Builds A PC With His Massive Arms On Full Display And Maybe 2020 Isn't So Bad | Review: Fascinating 'Showbiz Kids' Documentary Feels Like It Would Have Been a Better Docuseries →