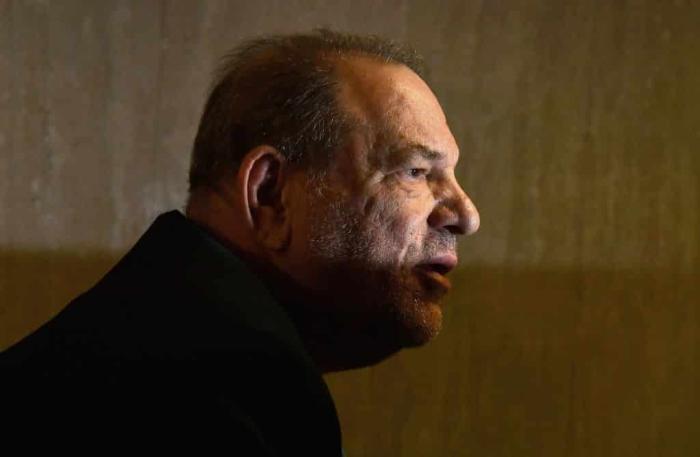 Harvey Weinstein has been indicted in California on sexual assault charges, one of his lawyers said on Monday. The disgraced former producer and convicted rapist appeared n a New York court proceeding over whether to extradite him to the state. As reported by The L.A. Times, Weinstein appeared via video from the Wende correctional facility, near Buffalo. He is currently serving a 23-year sentence for sexually assaulting former production assistant Mimi Haleyi and actress Jessica Mann.

Norman Effman, an attorney representing Weinstein, asked that his client be arraigned on the indictment virtually in New York rather than extradited because Weinstein is currently suffering from a series of health problems. According to Effman, Weinstein is ‘almost technically blind at this point’, losing his teeth, and suffering from cardiac and back problems. Erie County District Attorney John Flynn said, ‘I really don’t care about his medical condition. I’m not trying to be crass here, OK, but I’m not really concerned with the issues he has. I’m more concerned about the victims in California.’