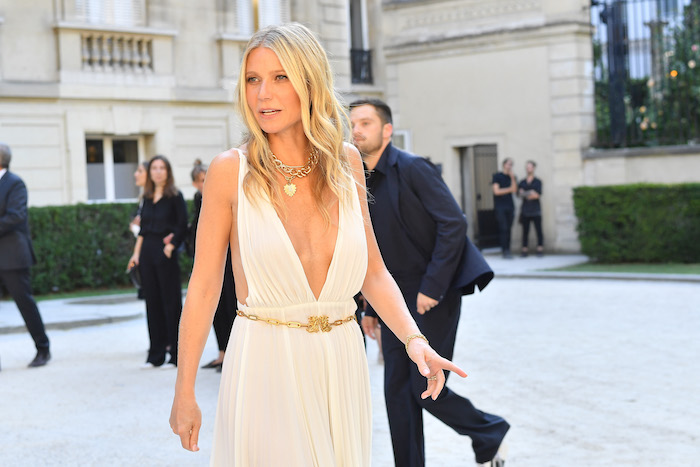 Look, word on the street is that some of you don’t think Gwyneth Paltrow does half the things she says she does, and now Gwyneth Paltrow is going to go full Calabasas on your ass(es.) She’s going to deal with you and such petty things the only way she knows how: safely behind her phone screen via social media without any direct confrontation toward any of you. Consider yourself warned.

Here’s the social media post I just warned you about—it looks like it was on Instagram, so I suggest any of you talking s*it about Gwyneth Paltrow and her cooking skills, specifically, lay low until the heat dies down on this one. Which means, don’t post until you’re done reading this post, and things should be fine:

this is SENDING ME pic.twitter.com/kJXcSg2DJz

You think she doesn’t try out the recipes in the cookbooks I didn’t know she “authored” until I saw this video?! Think again, pal. You’ve got another think coming, here. She does, and you’re a f*cking joke for thinking otherwise, OK?!

Now, what’s clearly missing is that we don’t know what Gwyn’s definition of cooking is. Did she physically prepare the ingredients for the dish, or did she lazily call from the veranda to “the help” (her words, not mine) to fix something from her cookbook for dinner tonight, which obviously the help knows really means to go to Subway and get her a turkey footlong and then call it a vegan falafel because I imagine rich out of touch women don’t know the difference.

I would investigate this further, but honestly, I’ve kind of spent all the brain cells I am willing to put forth thinking about Gwyneth Paltrow today. I suggest, if this intrigues you, just go re-watch Sliding Doors, her best movie, instead. Trust me on this one.

← Have You Ever Mistaken John Travolta for Pitbull? Would You Like to? | Afton Williamson Identifies Her Sexual Harasser on the Set of ABC's 'The Rookie' →