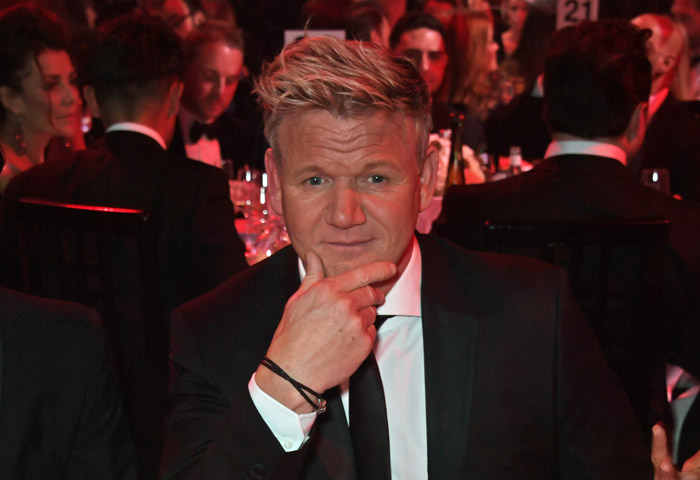 We’ve seen Gordon Ramsay holler at horrendous restauranteurs on Kitchen Nightmares. We’ve seen him call out “idiot sandwiches” on Hell’s Kitchen, then coddle and inspire home cooks on Master Chef. However, with all of his shows halted in production, we’re seeing a new side to Ramsay: TikTok Dad.

In these times, Ramsay—like so many celebrities—is taking to TikTok to entertain. Over the weekend, the beloved blowhard got goofy with the help of his 18-year-old daughter Matilda. Check it out.

I think I did this right….. pic.twitter.com/dqXDEDMmuB

Ramsay and his daughter were doing the “Flip The Switch” challenge. In this TikTok meme, Drake’s “Nonstop” plays while one participant dances, the other stands still. After the lyric, “I just flipped the switch,” the screen cuts to black briefly, as if the lights have been switched off. When they come back on, the people have switched positions, and often outfits. It’s often shot in a bathroom, sometimes using an actual light flip switch. However, many variations have evolved.

Among the most famous examples of this meme are Jennifer Lopez and Alex Rodriguez’s:

Elizabeth Warren and Kate McKinnon did one for Saturday Night Live:

Then, there’s this sexy switch up from Mariana Matos.

Want more? Search #FlipTheSwitch on TikTok, or check out the compilation vid below, which has a lot of variations on the meme.