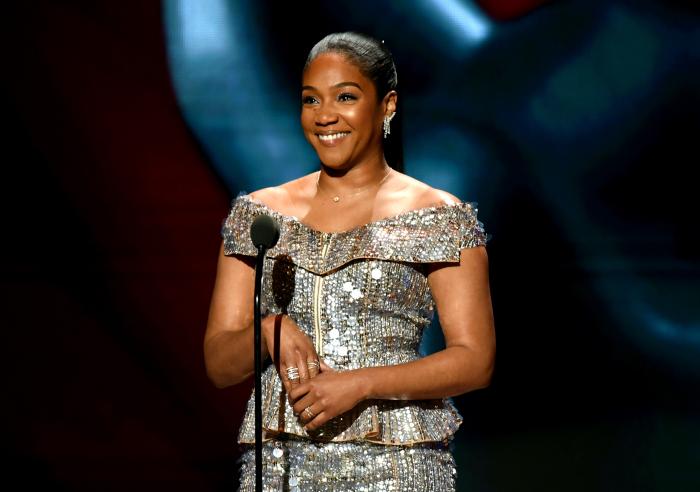 Welp, I’m crying. I’ve said it here often, I’m an easy mark when it comes to getting emotional, but DAMN is this a perfect storm of triumph and elation. Tiffany Haddish just won a Grammy, which is already exciting. The comedian then took to Twitter late last night to share where she was and her immediate reaction to finding out, and it is spectacular.

Haddish was in the middle of filming a new episode of Kids Say The Darndest Things when one of the producers on the show got on mic to inform her that she just won a Grammy for Best Comedy Album. She, understandably, starts to cry and points out that a Black woman hasn’t won the award since 1986. Then things get even more powerful.

Haddish was in the midst of filming with two young Black girls when she found out she won. So, she takes the time to give them words of encouragement. She explains that she’s crying because of how hard her journey has been and how she pushed through regardless. It is a legitimately inspiring moment that brought more than a few tears to my eyes.

I’ve been critical of the Grammys in the past. But, when someone takes their excitement and triumph and uses it as a teachable moment for the next generation? How could I not be on board for that?? Let this clip enrich your day and your mood as it did mine!

How I found out I won a Grammy while working on @KidsSayDarndest I am so Honored to share with the kids. Full situation is on my YouTube page. pic.twitter.com/pYzmt4nIgo