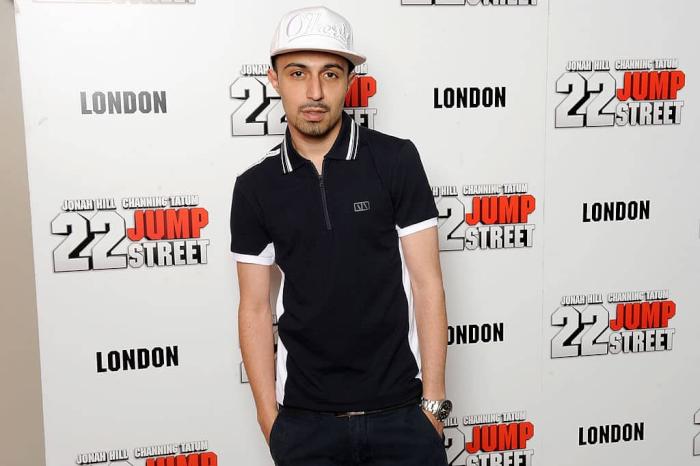 Following the Downfall of Noel Clarke, Adam Deacon Has Finally Reclaimed his Own Story

Over the past week or so, the British film industry was rocked by an investigation by the Guardian that made multiple allegations of harassment, bullying, and sexual impropriety against the actor-director Noel Clarke. The piece included no fewer than 20 women from across the industry accusing Clarke of misconduct, from groping and bullying to coercing women into nude auditions then filming them without consent. The news proved to be all the more shocking after it was further revealed that BAFTA had been informed about several of these allegations and still close to award Clarke on-air for his contribution to British cinema. Clarke ‘vehemently denied’ any sexual misconduct or criminal wrongdoing but also said he was seeking treatment. He has since been dropped by his agent and London Police confirmed that a report had been filed linked to allegations of sexual offenses.

The news led to a lot of people re-examining Clarke’s past behavior as well as that of former friends and co-stars. As typically happens in these tragic circumstances, we gain the cruel gift of hindsight and return to moments or details we’d either previously overlooked or outright ignored. For many, the news of Clarke’s alleged abuses demanded a second glance at the life and words of Adam Deacon.

Adam Deacon began his acting career in bit-parts in British film and TV before landing a main role in Kidulthood, a drama writte by Noel Clarke. Deacon later went on to collaborate regularly with Clarke, and in 2011, he released his directorial debut, Anuvahood. Time Out named him ‘the new face of youth cinema,’ and he won the 2012 Bafta Rising Star Award, the only award of the ceremony voted on by the British public. He beat Chris Hemsworth, Chris O’Dowd, Tom Hiddleston, and Eddie Redmayne. In July 2015, Deacon was found guilty of harassment without violence following a very public feud with Clarke. Deacon maintained for years that Clarke had repeatedly bullied him and tried to sabotage his career. Deacon was banned from contacting Clarke. A year later, Deacon was arrested after a mental health breakdown led to him wielding a machete in public. He was found not guilty due to his mental illness. Since then, Deacon’s career has slowed down somewhat. He does film, TV, and stage work, but nothing particularly high profile. He also talks candidly to the press about his struggles with cannabis addiction and bipolar disorder.

Following the news of the Clarke allegations, Deacon released a statement on Twitter wherein he stood by all of the accusers and reiterated his own experiences of bullying and sabotage at Clarke’s hands. He wrote:

‘As you will know, I have spoken out regarding this man’s sociopathic behaviour on multiple occasions, but my claims were always dismissed. People dealing with mental health may at times explain things differently, but they should still be believed. I only wish that everyone had taken more notice of my words. His horrific abuse of power could have been stopped before it affected so many others. I am extremely thankful for all the support that I have been shown over the past few days. While recent events have served as a small vindication for me, I am beyond saddened by the pain that so many people have had to endure at the hands of Noel Clarke.’

For far too long, it was very easy to discredit Adam Deacon. Aside from the fact that Clarke was a more thoroughly established star in British cinema, Deacon’s open struggles with mental health left him vulnerable to the usual ableist slurs and uniform dismissals of his claims. His troubles were very messy, very public, and beyond the British public and media’s willingness to recognize the uncomfortable truth. For the past few years, much of British culture and journalism has tried to embrace a greater empathy regarding mental health. Weak slogans of ‘be kind’ and ‘it’s time to talk’ litter the airwaves as supposed attempts to destigmatize something that many of us will deal with during our lifetimes. Yet the push seldom goes beyond the slogans. The late Caroline Flack is held up by ITV as an example of why we should be more understanding, yet she was dropped by her own network at the first sniff of trouble, and her memory. It didn’t stop the likes of Piers Morgan and his relentless hounding of Meghan Markle and repeated denials of her own mental health pain. We’re told it’s OK not to feel OK but when it comes to the prickly truth of living with mental illness, nobody wants to know.

Deacon’s mental health crisis wasn’t deemed worthy of sympathy. He was made an example of and repeatedly deemed ‘crazy.’ He wasn’t the ‘perfect’ sufferer that the media has chosen to hold up during its increasingly diluted faux activism. It’s easier to center such campaigns on quiet whiteness than the rampant pain of people of color whose fights are hard enough as it is.

Deacon’s struggles are also those of industry-wide power and cronyism. Even as rumors of Clarke’s abuses were frequently discussed — and Clarke was banned from unsupervised visits at a London drama school after he set up improvisation exercises in which the students were told they had to get undressed and get ready for bed — Deacon was positioned as the enemy. He was the one who had to give groveling interviews talking about how sorry he was to Clarke and how embarrassed he was by his public struggles. Deacon was the one who had to be humble in the face of Clarke’s supposedly magnanimous offer to work with him again, even after he’d been banned from contacting Clarke. Clarke moved from strength to strength across film and TV while Deacon was deemed unemployable by the same industry that rushed to hold him up as an example of working-class success in a notoriously elitist field. To the media, the industry, the public… Adam Deacon wasn’t the ‘right’ kind of mental health advocate.

I hope that Deacon can find some peace, and that the industry will get over themselves and hire an undeniably talented actor-director who never got the rise to the top he deserved. It remains to be seen if the British film and TV world at large is ready to reckon with the deeply rooted rot it allowed to fester for decades, long before it turned a blind eye to Noel Clarke. Most truths aren’t comforting, nor are they easily appropriated into cutesy slogans of fake worry. Adam Deacon can certainly testify to that.