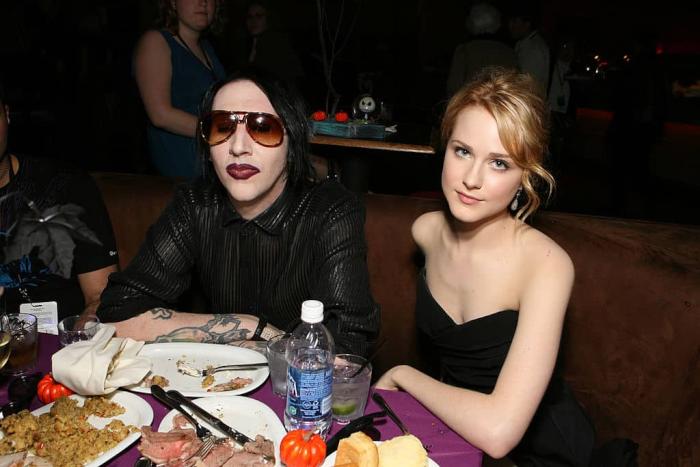 Earlier this month, actress Evan Rachel Wood revealed that she had faced years of abuse while dating Brian Warner, better known as musician Marilyn Manson. Wood is one of several women to have come forward with allegations of abuse leveled against Warner, who has denied all claims. Wood began dating Warner while she was still a teenager.

On her Instagram page, Wood posted a series of Stories detailing the reported anti-Semitic abuse Warner threw at her, as well as his seeming obsession with Nazi iconography.

‘I was called a ‘jew’ in a derogatory manner. He would draw swastikas over my bedside table when he was mad at me. I heard the “n” word over and over. Everyone around him was expected to laugh and join in. If you did not or (god forbid) called him out, you were singled out and abused more. I have never been more scared in my life.

My mother is Jewish and I was raised with the religion. Because she converted and wasnt [sp] of Jewish decent [sp] he would say things like “thats better” because I wasn’t “blood Jewish.”

Wood also shared images of tattoos on Manson’s body that she suggests were Nazi-inspired, and that ‘he did not have these tattoos when we started dating.’

More damming evidence from Evan Rachel Wood of @marilynmanson’s abuse and his obsession with fascism and anti-Semitism.

Notice the Nazi tattoos no one has ever pointed out? pic.twitter.com/4BJfn4x1JV


Warner’s love of Nazi memorabilia and imagery has been extensively documented.

Warner has since been dropped from talent agency CAA as well as his record label.