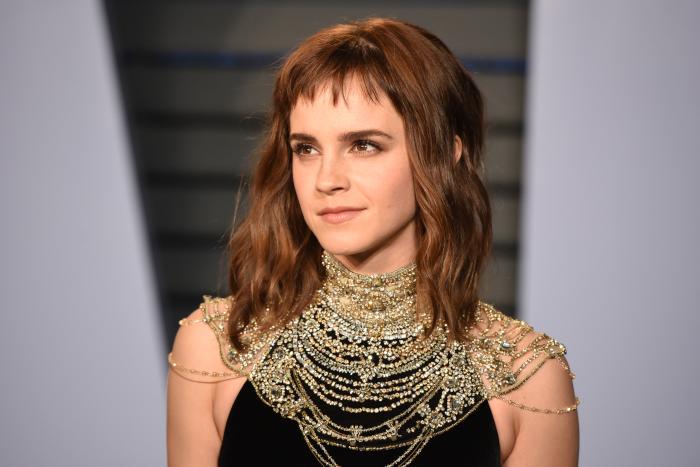 Emma Watson won’t turn 30 until April 2020, but she’s already feeling the stress and anxiety of reaching that milestone everyone has dreaded at one point in their lives. The Harry Potter star, famous for playing the booksmart Hermione Granger in all eight films, says part of the pressure stems from society’s ideas of what you should have by your 30th birthday, including a significant other.

Most people believe that getting to 30 magically means that we’ve all figured something out, but we all know that’s a big, fat lie. Emma Watson, who will next be seen as Meg March in Little Women, didn’t think the milestone would come with so much pressure, but she’s decided to embrace it. That includes accepting the fact that she is happily single.

However, Watson doesn’t like being called single at all. Rather, she’s “self-partnered,” which is honestly a much better phrase. Being single implies that you’re looking for your other half or that you’re alone, and that’s sad because we’re all supposed to pair up with someone. Or something.

The newly coined phrase comes from Emma Watson’s interview in the December issue of British Vogue. The actress hasn’t always believed that people could be happy single, but she’s now reached the point where she is. “It took me a long time, but I’m very happy [being single]. I call it being self-partnered,” she said.

You, dear reader, might laugh at this phrase, which brings back memories to when Gwyneth Paltrow coined the phrase “conscious uncoupling” to describe the end of her romantic relationship with musician Chris Martin, but it makes a lot of sense. Will it catch on? Probably not. We can’t fault Watson for trying, though. And hey, at least she’s content with being with herself, which is the most important relationship of all.

← 5 Shows After Dark: 'The Little Mermaid Live!' on ABC, 'Famously Afraid' Premiere Travel Channel | Ask Reddit Wants To Know What Parts Of Your Personality Do You Fake →