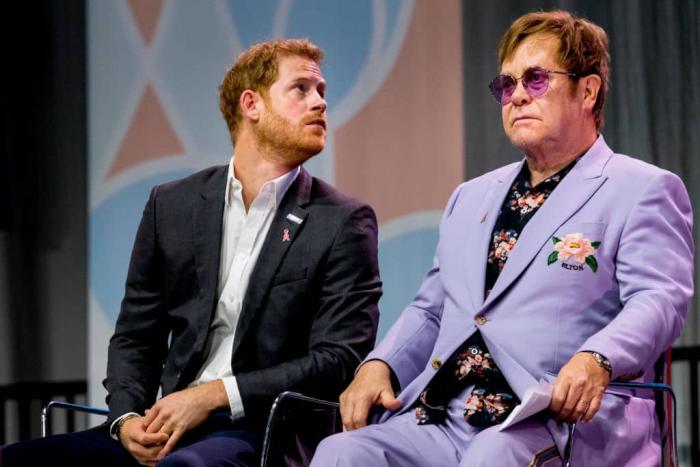 Prince Harry and Elton John Are Coming for the Daily Mail

Elton John and Prince Harry are among a group of public figures who have joined forces to take legal action against the publisher of the Daily Mail over what they call ‘gross beaches of privacy.’ The Prince, Sir Elton, Baroness Doreen Lawrence, and actresses Sadie Frost and Elizabeth Hurley have also filed cases against Associated Newspapers Ltd. They allege that the company committed serious invasion of privacy over several years, which law firm Hamlins, representing Harry and Frost, described as ‘abhorrent criminal activity.’

In a statement, Hamlins alleged a slate of activity including:

- The hiring of private investigators to secretly place listening devices inside people’s cars and homes.’
- ‘The commissioning of individuals to surreptitiously listen into and record people’s live, private telephone calls whilst they were taking place.’
- ‘The payment of police officials, with corrupt links to private investigators, for inside, sensitive information.’
- ‘The impersonation of individuals to obtain medical information from private hospitals, clinics, and treatment centres by deception.’
- ‘The accessing of bank accounts, credit histories and financial transactions through illicit means and manipulation.’

A spokesperson for Associated Newspapers Ltd denied all claims ‘utterly and unambiguously’ and declared them to be ‘preposterous smears’ and ‘highly defamatory claims.’

This is not the first time any of the people involved have sued a major newspaper. Prince Harry and his wife Meghan have already been through the wringer with the Mail on Sunday, with Meghan winning her case regarding the leaking of a letter she wrote to her estranged father. Last year, a former private investigator apologized for targeting both Harry and his former girlfriend Chelsy Davy, an act he admitted helped ‘rob’ him of his adolescence. He said that investigators were interested in her medical records and hacking her voicemails.

What is notable about this instance is the gathering of numerous public figures to take on a media giant. Most of these people are very wealthy and yet even they do not have the available financial resources to tackle the crooks of the Daily Mail. Last year, when Sienna Miller received what is reported to be one of the largest settlements by Rupert Murdoch’s News Group after accusing them of invading her privacy, she admitted that she didn’t have the money to pursue a full trial. She said that option was not available to people without ‘countless millions.’ Does this group have the combined cash to do it? I hope so.

The British tabloids are irredeemable scum. It’s a hive of corruption, nepotism, conservative propaganda, and proud cruelty. Miller noted how she’d spent years being targeted, chased down by paparazzi, and had her phone and private medical records exposed. One such instance involved a ‘journalist’ claiming expenses to meet a ‘medical records tracer’ so that he could find out information on a pregnancy from 2005.

It continues to take my breath away how the British press acts with impunity while engaging in such bear baiting. Even after the Leveson Inquiry, they’ve stayed on course with their ceaseless harassment and abuse. They’re able to do so because the press regulation system here is less than useless and nobody’s had the resources to take it on. Think about how deep this thing may go. It’s not just phone hacking or paparazzi chases: it’s paying off the cops, impersonating people to get private medical records, accessing their finances, and bugging their homes. All for what? Some celebrity tidbits? It’s inexcusable.

I hope this group takes the paper to the f**king cleaners.