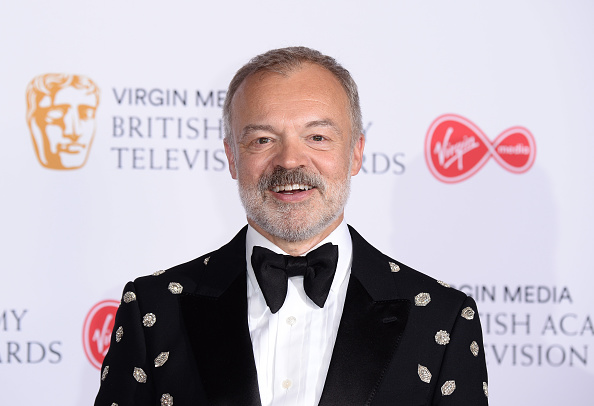 First of all, there shouldn’t even be a trans “debate,” and the best way to engage with transphobes is probably the way that Russell Crowe did:

So it turns out Russell Crowe is based https://t.co/P78p5AW4Fa

Over in the UK, Irish national treasure Graham Norton was asked about cancel culture by journalist Mariella Frostrup, and Norton suggested that it was largely an issue with men like John Cleese, who have gotten away their entire lives with saying whatever they want to say and now — while they are certainly free to continue to say what they’d like — they are accountable for that speech.

Nevertheless, Frostrup seemed insistent upon drawing Norton into the trans debate by offering J.K. Rowling as an example of someone who has been “canceled” — but still sells millions of books and speaks freely to her 14 million Twitter followers — but who isn’t a middle-aged white man.

Here is how Norton brilliantly answers that question by not getting drawn into it.

Just because this is taking off a bit I want to point out that it's possible to not get into these personality wars and Graham Norton has been an extremely class act on this front.https://t.co/SJiJuzoQK9

I apologize for using your name in the headline to get this post clicks, Norton, but folks: That’s how it’s done. Don’t ask Graham Norton. “Talk to trans people. Talk to the parents of trans people. Talk to doctors, talk to psychiatrists, talk to someone who can illuminate this in some way,” and not “man in a shiny pink suit,” or, for God’s sake, John Cleese or J.K. Rowling.