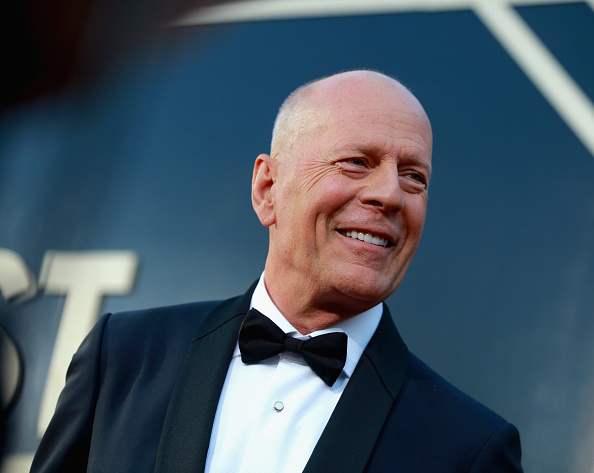 Bruce Willis, 67, has become known in recent years for a steady stream of paycheck roles in VOD films — he’s made 22 movies since 2020, seven of which have not yet been released. It’s not that unusual for A-list actors to turn to VOD films after a number of disappointing box-office performances; Nic Cage, John Travolta, and John Cusack, among others, have taken similar paths, and while the movies are little seen stateside, they apparently perform well enough overseas to warrant hefty paychecks (Nic Cage recently admitted that he took that route to pay off a number of debts).

It only came to our attention a couple of weeks ago, when unconfirmed rumors began to spread on Reddit from crew members who had worked with him, that Bruce Willis’ memory had reportedly been deteriorating. Those rumors were at least partially confirmed yesterday when Willis’ ex-wife, Demi Moore, posted to Instagram that Willis would be “stepping back” from his acting career because of a rare medical condition called aphasia that affects his cognitive abilities. More specifically, aphasia can affect a person’s ability to either speak, read, write, or understand language, or in some cases all of the above. According to the NYTimes, it essentially robs a person of the ability to communicate.

The news obviously came as a blow to the entertainment world, and there has been an outpouring of love on social media. Willis is a beloved actor with a long and successful career highlighted by classic movies like Die Hard, Pulp Fiction, and The Sixth Sense, as well as a memorable run on the television series Moonlighting. In addition to a long and successful movie career, Willis released a few albums as a musician and was a founding investor in Planet Hollywood. He also bought real estate and started a number of businesses in the small town of Hailey, Idaho in the ’80s and ’90s as documented in the podcast, Haileywood, which offers some interesting new insights on the actor, namely that his fractious reputation was largely limited to the press, with whom he had an uneasy relationship after a bad experience during the filming of Bonfire of the Vanities. Much of his later career has also been characterized for many of us by Kevin Smith’s reports on his behavior on the set of Cop Out, which Smith addressed yesterday on Twitter:

Long before any of the Cop Out stuff, I was a big Bruce Willis fan - so this is really heartbreaking to read. He loved to act and sing and the loss of that has to be devastating for him. I feel like an asshole for my petty complaints from 2010. So sorry to BW and his family. https://t.co/npSgvkb5v7

The Los Angeles Times, meanwhile, is reporting that there had been concerns about Willis’ cognitive state on sets for the last several years. The industry, nevertheless, continued to prop him up despite safety concerns and declining mental acuity. According to their reporting, the directors of Willis’ VOD movies often had to reduce his screentime and abbreviate his dialogue. He could not deliver monologues. His film shoots were limited to two days, for which he was often paid $2 million; he had an assistant feed him lines into an earwig in exchange for screentime on these movies; and he often wasn’t fully aware of his surroundings. Some directors described heartwrenching scenes and confessed that they were uncomfortable working with him, largely because they did not want Willis to “look bad.” There were also some concerns about safety based on reports that he had difficulty handling guns on the set, which resulted in a couple of close calls. It’s the LA Times story that may have sparked the decision to retire.

Fortunately, in the wake of his retirement, it appears that Willis is in good hands with a loving family, including five children, a wife, and an ex-wife who are “moving through this as a strong family unit,” according to Demi Moore. On the other hand, the industry that enabled Willis to continue working for the last several years may have a lot to answer for.