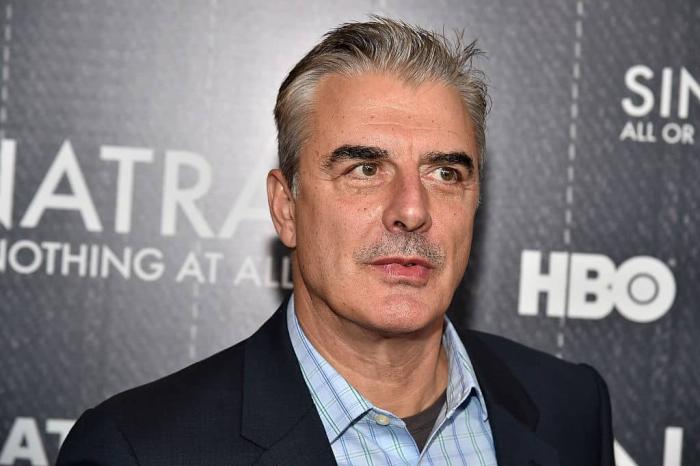 (Content warning for details of rape, sexual abuse, and misconduct.)

This week, actor Chris Noth was accused of sexual assault by two women.

In a report from Kim Masters at The Hollywood Reporter, the women allege that they were assaulted by Noth in 2004 and 2015 respectively. They separately reached out to the publication months apart. One reported victim, using the pseudonym Zoe, detailed how Noth allegedly started leaving messages on her work phone voicemail. He then invited her to the pool at a building in West Hollywood where he had an apartment, which led to what Zoe described as a violent altercation where he pulled off her shorts and raped her from behind. Zoe later went to Cedars-Sinai hospital, where she told staff she had been assaulted and required stitches for her injuries. She did not tell the visiting police officers that it was Noth who assaulted her because she feared that she would not be believed. The other accuser, Lily, describes a startlingly similar incident in terms of how Noth allegedly preyed upon her. This time, however, Lily says that Noth forced his penis into her mouth.

Noth claimed that these allegations were ‘categorically false’ and that the ‘encounters were consensual.’

Since this report came out, others have come forward with allegations of wrongdoing against Noth. Actor and filmmaker Zoe Lister-Jones posted on Instagram about her own experiences with Noth. She alleged that, while working with him on Law and Order, Noth was drunk on-set with a ‘22 ounce beer under the table that he would drink between takes.’ She said that Noth ‘got close to me, sniffed my neck and whispered ‘You smell good’.’ She also accused him of being ‘consistently sexually inappropriate with a fellow female promoter’ at a nightclub he co-owned.

The part of Lister-Jones’s post that really sticks out to me is this quote right here:

‘My experiences are small in comparison to the accounts of assault that have so bravely been shared today. But navigating predation at any level is a burden all women have to bear. And for the most part there is no accountability, and no consequence.’

And doesn’t that just ring true? I’ve already seen people sneering at Lister-Jones and claiming that what she experienced ‘isn’t that bad.’ It reminds me of every woman who faced similar dismissals against their own allegations of sexual harassment and misconduct because, oh, it wasn’t too bad, was it? A pinch here, a hug there, some upsetting comments now and then. Not very ‘high level’, is it? But that’s the thing. It doesn’t have to be the most traumatic abuse ever for us to feel under siege. As Lister-Jones correctly notes, when you’re spending every minute of the day trying to navigate your way safely through the inescapable snake pit of rape culture, it wears you down. It’s exhausting to be this vigilant all the time, whether it’s keeping your eyes down so that the creep on the bus won’t sit next to you or fumbling around for something pointy in your bag in case that guy who’s walking a little too closely behind you tries to grab you. It’s building up that emotional shield so that you can ‘prove’ you’re okay when you’re clearly not, or preparing for the inevitable onslaught of slurs and harassment that you know will come your way for simply talking about your experiences, or hell, just talking as a woman on or offline.

I hadn’t heard about this until literally a couple of days ago: In 1995, the supermodel Beverly Johnson accused Noth, her then-boyfriend, of beating her and threatening to disfigure and kill her. Court papers detailed how Johnson feared for her life and had to file a restraining order against Noth. He even threatened to kill her dog.

Three years later, Noth was cast as the ultimate dream man in Sex and the City. He’s never stopped working since then, appearing in The Good Wife, Law & Order: Criminal Intent, and The Equalizer. Zoe Lister-Jones was right: We don’t get accountability or consequence.

Perhaps now we’ll see some tangible action against Noth. I hate how unlikely that still feels but, for the victims’ sakes, here’s hoping change is possible.


← 'The How I Met Your Father' Trailer is Sweaty, but Promising | The Final Straw that Led to The Decision to Fire Jeff Garlin from 'The Goldbergs' →