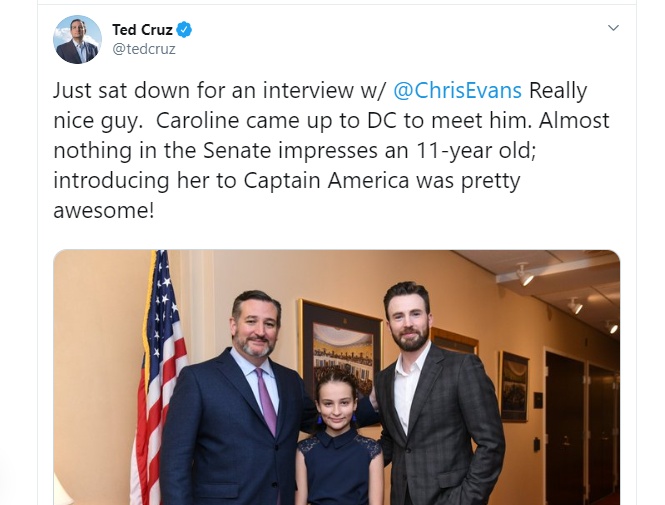 As the third phase of the Marvel Cinematic Universe came to a climax with last year’s Avengers: Endgame, signaling the gigantically popular victory lap of the world’s most successful movie franchise, all eyes fell upon the core cast who had anchored this immense ship to triumph. What do you do when you’re the star of a pop culture behemoth that has made you famous the world over and you’re ready to move on? Robert Downey Jr. tried to harness his mega-watt charisma into a new blockbuster but Dolittle failed to inspire the same devotion that Iron Man did. Scarlett Johansson technically is still awaiting her last hurrah as Black Widow, but after landing two Oscar nominations in one year, she remains on extremely safe ground post-franchise. While Chris Hemsworth, Mark Ruffalo, and Jeremy Renner are all hanging in for more movies and Marvel opportunities, Captain America is bowing out.

Chris Evans is arguably more wholly defined by one character than any of the other major Hollywood Chrises. Outside of playing Steve Rogers, his career was more focused on smaller projects that either critically disappointed or failed to find an audience. His first major film after Endgame was Knives Out, a rollicking whodunnit mystery that allowed Evans to shed his apple pie boy scout image to play the plotting brat of a rich family who has to resist the temptation to pout and stomp his feet every time he doesn’t get his own way. It’s a role that Evans plays to perfection and one reason it works so well is because it’s on obvious contrast to Captain America. Evans seems fully aware that, for better or worse, his career and personal image will forever be defined by playing the unwavering heart and soul of the MCU. There are many benefits to embracing that persona for professional purposes, but rather than jump straight into more movies, Evans decided to take a starkly different route.

In April 2019, Evans announced his intention to launch a political website named A Starting Point. His plan was to offer politicians a platform to offer a wide array of opinions in moderation-free interviews — often conducted by Evans himself — which would then be fact-checked independently, then compiled online so that visitors could check for, say, a variety of stances on abortion or gun control. For several months now, Evans has been treading the boards of D.C. to chat with everyone from Ed Markey to Ted Cruz. This ‘civics engagement project,’ as Evans called it, seemed curious, to put it mildly, when it was first revealed. He admitted that politics wasn’t exactly his strongest field and that the general public is often hesitant to embrace celebrity activists for a reason. Still, he has committed hard to this idea and even landed the cover story for Wired, accompanied by a photo-shoot of Evans standing next to a pile of red and blue bullhorns. Only Captain America can drown out the noise.

I am all for people with massive amounts of money and privilege putting said advantages to good use for a greater cause. Personally, I’ve no time for the Ricky Gervais smarm of the world that decrees any actor or musician who uses their highly amplified platform to speak out on issues they care about, from climate change to gun control to animal abuse, to be pointless or inherently hilarious. I’ll take saccharine sincerity or naïve passion over full-throated apathy any day. It’s not like Evans has been quiet on what he cares about either. His Twitter account, where he shouts out his support to Roe v. Wade and mocks Donald Trump, is testament to that. The issue comes when Evans goes from supporting an issue to wanting to be the ultimate leader on an entire mode of political discourse.

The core concept of A Starting Point has its advantages. A way to cut through the politico jargon that so often makes civic engagement overwhelming is, frankly, something that far too many of us could benefit from. Using celebrities to get people interested in politics has been around for decades too, from Hollywood stars selling war bonds during the Second World War to John F. Kennedy Jr. and his doomed magazine George. Evans wants people to be informed, regardless of their stances or party support. He clearly thinks his clout can get some eyeballs onto these important topics. Sadly, I think this is hopelessly naïve at best.

We have fact-checking initiatives and celebrity outreach programs and flashy ways to get people to Vote Or Die. That’s not the problem: getting the apathetic to give a s**t is, and I don’t think they’ll suddenly want to do so just because Chris Evans is there. If the options are watching a video of Chris Evans interview a Republican politician on immigration policy or watching a video of Chris Evans playing with puppies, we know where most of the clicks are going to do. Those who are already keen political nerds aren’t the target audience here, and they already have C-SPAN.

A Starting Point is also, to put it bluntly, super ‘Both Sides’ in its tone and intent. Evans may want to fully invest in the notion that the system works when we simply present varied opinions as they are then fact-checked to separate the wheat from the chaff, but the past two decades of American politics alone have disproven that so many times that I’m surprised anyone has any optimism left. We live in painfully divisive times, driven in large part by the rise of the hard-right through the widespread legitimization of insidious propaganda, fake news, and straight-up bigotry. Nazis are back, a woman was killed during a white supremacy rally less than three years ago in Virginia, and the most powerful man on the planet spouts racism, sexism, and violence-inciting attacks too many times a day to keep up with.

People like Evans — and way too many talking-heads, to be honest — seem committed to this version of history that never existed, one where we can all get along and make the world a better place if we listen to each other and make fulfilling compromises. That’s not how true change occurs, especially not in 2020. It’s an idea made all the more poisonous by how much our system is currently smothered by the power imbalance in play by this idea: There’s only one side really willing to make compromises here, and it’s always to their detriment. They’re the same people who preach a kind of beautiful political civility at the same time as the President calls Mexicans ‘rapists’ and declared that the protests in Charlottesville had good people on ‘both sides.’

I’m not sure if Evans understands how primed A Starting Point is for the wide-spreading of easily-refuted misinformation based on its quaint objectives. It’s clearly supposed to be a big deal for Chris Evans to interview these politicians, so the people he chooses are going to benefit from that clout, whether he intends it or not. Ted Cruz gets to look 1% cooler to his supporters by posing for a photo with Captain America. Just giving known liars like him the same space, freedoms, and celebrity glow to spout whatever nonsense they want only benefits them and not the people Evans says he wants to help. These aren’t good old boys and girls have a fun chat; they’re professional spinners who know good PR when they smell it. Their ‘honest opinions’ are built on decades of government policy with its roots in white supremacy and misogyny. How do you expect Cruz to be forward with his stances on, say, immigration policy or voter suppression or gun control when he’s in the party that crafted wildly racist laws that have made him a lot of money from lobbyists while jailing innocent people, imprisoning families, and leaving kids to rot in cages?

I appreciate that Evans wants to do something with his life and career beyond throw a shield around and look good in knitwear, and I know what it’s like to feel useless in the face of social and political turmoil. Whatever goals he wishes to accomplish, however, seem well beyond his reach. As Kate noted when she wrote about the site last April, he doesn’t have any skin in the game, and all that money and clout he has to start this folly will shield him from the worst of the damage inflicted by those politicians he’s shaking hands with. If he wants something to do with all his investment money, I would suggest that he support local journalists who are doing the real boots-on-the-ground work of holding D.C. accountable, all in the face of dangerous hate from Trump and company. Sometimes, the Hollywood hero can do his most effective work when he steps to the side. Even Captain America had to punch a few Nazis.

← 'Women of Reddit, What is the Creepiest Thing a Man Has Said to You in Public?' | 'Doctor Who' Recap: Beware the Lone Cyberman. And The Randy Poet. →