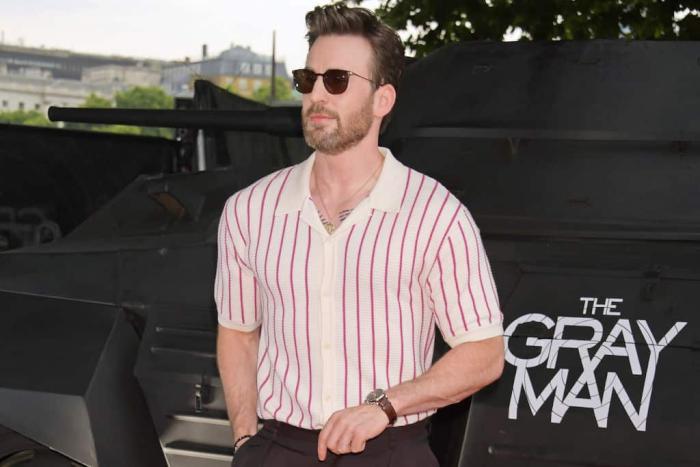 This is a time for democracy, a moment in history of truly terrifying possibilities. It’s also time for People to elect a new king of sexiness. Hey, we all need a distraction right now, eh? The 2022 Sexiest Man alive is… Chris Evans! Honestly, is anyone surprised? Really, it’s more of a shock to learn that he’s never had the title before. The former Captain America, dog lover, and second or third Best Chris (depending on the day and context) is a perfectly worthy choice. Sure, he’s no Blake Shelton, who somehow took home the honor before Evans. But he’s also very handsome.

Stephen Colbert made the announcement and let Evans take the throne with grace and dignity.


In his inaugural interview, with accompanying photoshoot, Evans said, ‘My mom will be so happy. She’s proud of everything I do but this is something she can really brag about.’ He also admitted that the title ‘will just be a point of bullying’ among his friends and co-stars.

People’s Sexiest Man Alive issue is a decades’ long part of the magazine and it’s acted as an intriguing barometer not only of sex appeal throughout the years but of how it is appealingly packaged towards women (specifically middle-class white straight women who read tabloid magazines.)

Their choices aren’t exactly radical. You won’t see any genderqueer figures on the cover or guys who play around with femininity in any way. They’re almost always white, with men like The Rock and Idris Elba being recent exceptions. They’re mainstream and ‘safe.’ Moreover, they’re men who are willing to play ball with the magazine. It’s a weird prospect, after all, to doll yourself up and be interviewed on why you’re so hot.

But here’s what fascinates me about this choice. Well, less the choice than the framing. People pick safe choices, yes, but they also frame them as such. They’re never posed like women are on men’s magazines: semi-naked, comely, unignorably sexual. Really, they’re more likely to be cozy, cuddly, even approachable. Expect lots of knitwear. People also frequently chooses married men for the cover, taken stars whose image is in part wrapped up in their status as one half of a couple. Blake Shelton’s issue seemed less interested in him as a singer than him as Gwen Stefani’s partner (and loving stepdad to her sons.) Even when then-perennial bachelor George Clooney won the title, he wasn’t sold as some sort of wandering playboy. He was a gentleman.

But here? Chris Evans is sold as full-on sexy. Look at that dirty white t-shirt! Look at him smirking by his motorcycle. He’s grasping at the neck of his top like it’s so dang sweaty and he’s going to need to remove it quickly. Get out the vapors, ladies! Really, there’s not much that separates a photoshoot like this from one Evans would do for, say, GQ. He’s a single man being sold as available and willing to People Magazine’s audience. That’s an interesting change of pace for the tabloid.

Of course, things don’t deviate too far from their comforting norm. The accompanying interview talks up Evans’ ‘healthy work-life balance and spending as much time as possible at home and with his family in Boston.’ He mentions wanting to become a parent one day and find his true love. He’s up for some f**king in those pictures but the words are all about commitment. It’s a solid tactic.

We support this choice. And hey, at least it isn’t Pratt.