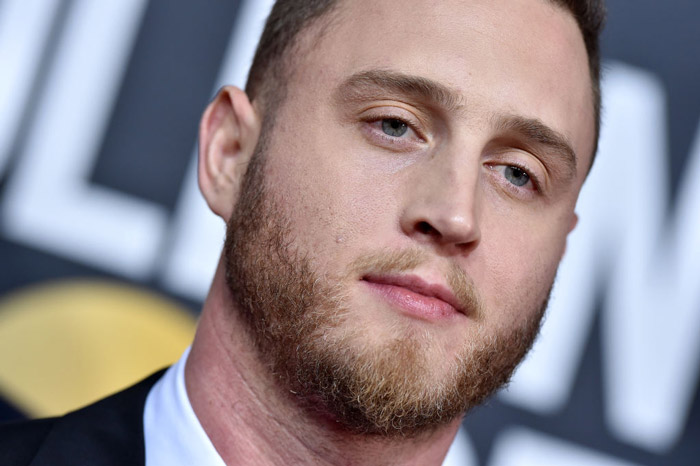 Chet Haze Is At It Again

Chet Haze is back at it, defending his use of Jamaican patois. This time, the not remotely Jamaican son of Tom Hanks took to Clubhouse to defend the action that’s been repeatedly criticized as cultural appropriation, most recently when he celebrated Biden’s win in an inexplicable Instagram video.

You might remember Clubhouse is also where Kevin Hart recently defended his criticized comedy bit. Nope! Not the one about how the brazenly homophobic movie star gay-bashed his young son, we’re talking about the one where he slut-shamed his teen daughter. Now, that might have you thinking Clubhouse is a group home for problematic men. It’s actually a social media app that allows multiple users to enter a room to talk. It’s basically AOL chatrooms with audio instead of typing and inspirational lyrics as away messages.

In other news: I am old.

He was asked about his use of Jamaican patois, and here’s how he defended it:

Ay yo Chet Hanks done pissed off Jamaicans and ain’t even sorry about it 😭 pic.twitter.com/NqdNeEQ9mS

Guys, it’s really as simple as this. Like, if I get on a binge where I’m watching a bunch of English gangster movies, and I go around—just going about my day-to-day business—ordering a coffee at Starbucks with my friend, and I go, (affects spotty English accent) ‘Hey, give me a latte, guv-‘nah!’ It’s not coming from a place of ‘Ooo I’m going to sh*t on these English people.’ You know what I mean?

In response, one user points out a major difference between this example and his multiple patois videos: “English people were not oppressed, Chet.”

Haze insisted he understood, but asked, “Do you see my point?” When others join in to challenge his “point,” he responds, “Let me finish. This is my chat. I created it.”

Haze (A.K.A. Chester Hanks) then went on to suggest Jamaicans shouldn’t be offended because he’s “not trying to offend.”

It’s unclear how the conversation ended, as the clip that went viral on Twitter cuts off before that. However, this excerpt was enough to get “Chet Hanks” and “Chet Haze” trending on Twitter. Many of those tweets were criticism. Here are a few examples:

Breaking: Chet Haze is being dragged in Clubhouse right now and using his Tom Hanks is my Dad voice not patois

The irony of Chet hanks using his calm “white” voice to defend his use of patois and a Jamaican accent.

If that’s your voice use it all the time big man.

Its people like Chet Hanks taking up space in Jamaican culture then having the audacity to say “it’s from a place of love” so therefore it’s valid when challenged by actual Jamaicans. Get the hell out of here.

The Chet Hanks conversation is white privilege in action.
He can go to hell and take every misguided BW who is on that stage defending him.

Guys I can't with #ChetHanks…. why are Tom and Rita not talking too their boy… shame.. embarrassing and offensive.. you are not a Jamaican mate…. pic.twitter.com/B0V8MOoWpJ

What trips me out about white people is that when we say something is offensive…you don’t get to decide that it’s not. @CHETHAZE https://t.co/CK0qUtZLNT