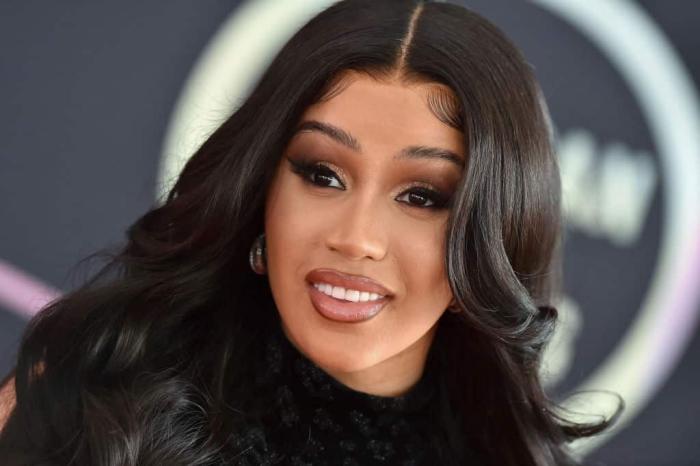 Cardi B Awarded Over $1 Million in Libel Lawsuit Against YouTuber

Cardi B has been awarded $1.25 million years in damages as well as medical expenses of $250,000 in a libel lawsuit against a celebrity gossip blogger on YouTube. Cardi — real name Belcalis Almánzar — sued Latasha Kebe, better known online as Tasha K, in 2019 for posting several videos that spread ‘malicious lies.’

Kebe’s YouTube channel, UnWineWithTashaK, has a million subscribers. She also has a Patreon account where fans can subscribe for ‘first dibs on breaking news, celebrity tips unverified, all alleged’ for £4.50 a month (it hasn’t been updated since August 6th.) There are dozens of videos on her channel featuring Cardi in some sort of capacity, with unverified allegations as wide-reaching as claiming she was having seizures due to fat injections in her buttocks, that Cardi engaged in acts of sex work, that she was a drug addict, and that she had contracted sexually transmitted diseases.

Cardi testified last week that she felt ‘extremely suicidal’ over Kebe’s claims. Her lawsuit said that Kebe was ‘obsessed with slandering’ her and using the rapper’s name for views. Her most popular video is one wherein a supposed former friend of Cardi named Starmarie Ebony Jones made various accusations about her sexual health. Jones was exempt from this lawsuit after moving to New York (the suit was filed in Georgia), where last year she was also found liable to Cardi B on counts of libel, slander, and invasion of privacy. Cardi also noted that many of Kebe’s videos about Cardi B remain on her YouTube channel despite receiving a cease-and-desist letter in 2018.

A federal jury found Kebe liable on two counts of slander, one count of libel, and one of invasion of privacy. Her lawyers can still challenge the verdict. In response to the verdict, Kebe tweeted, ‘My Husband, Attorney’s, & I fought really hard. I want to thank them for their long hours and sleepless nights … it’s only up from here.’

I wasn’t aware of this case until recently, but it’s one of many examples of how there’s a lot of money to be made through the stark and unabashed abuse of public figures in the name of clicks. Social Blade, an admittedly flawed tool, estimates that Kebe could be pulling up to $100,000 a year in YouTube ad revenue. Take a browse on YouTube, if you dare, and you’ll find surprisingly popular channels dedicated to ceaseless screeds against everyone, from Brie Larson to Meghan Markle to any feminist figure who dared to point out that sexism exists. Hell, it’s a cottage industry for the mainstream media too, with plenty of has-been talking heads spinning straw into gold by becoming bigots-for-hire under the guise of ‘opinion.’ Kebe certainly seems to have built a nice follower base for herself from this libel, happy to repeatedly smear another woman with abhorrent lies in the name of strengthening her own credit as a so-called expert.

Plenty of people think this kind of behavior is a-OK because hey, Cardi’s rich, right? Why should she care? She should definitely care and she did. If someone with a platform is insisting to millions of people that you’re a bad mother, a drug addict, a sufferer of STDs, plenty of people will believe that. They’ll pollute your social media with such claims. They’ll tell others, and soon the tangled web of internet truthiness becomes murkier than ever. Consider the sheer number of blind gossip sites that are now straight-up QAnon hives.

And all of this is basically welcomed by platforms like Twitter, YouTube, etc, rewarded by the algorithm and passed off as free speech rather than hate speech. The system doesn’t want people like Cardi to win their suits because the buck stops at them to actually do something about the mess they’ve allowed to unfold. Will YouTube finally make necessary changes to deal with hate speech on its site or will it sweep that mess under yet another rug until the pile is impossible to hide?

All I’m saying is that there are some very nasty bullies waking up in a sweat today. They’d better start deleting fast.