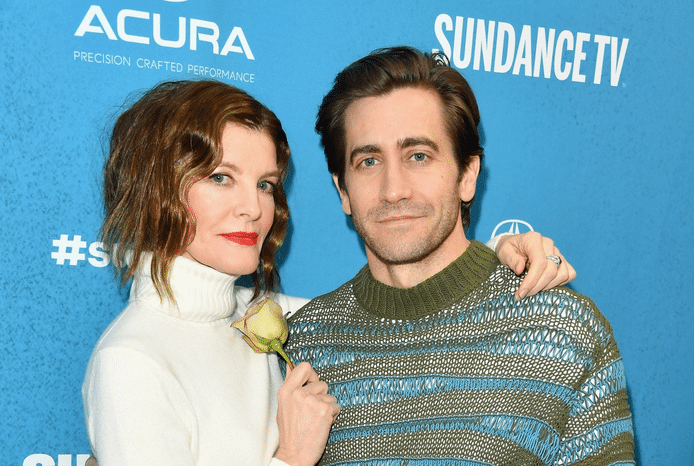 Well, here we are again. Talking about some gnarled, old racist like we haven’t tried to cancel his ass multiple times over. Sigh. It would be nice if “cancel culture” were a real thing. Hell, I’d settle for accountability culture being a real thing. But, we all know that if you’re rich, white, and male enough, none of it sticks. There are no repercussions. Your friends will always support you and all publicity is good publicity. It’s gross.

To wit, Mel Gibson was spotted in the UFC 264 crowd on Saturday. I guess it would have been fine if he had just been there. You know, a spectator just there to enjoy watching a couple of guys pummel each other to death. But no. He had to get all excited to see Donald Trump and was recorded saluting Hangdog Blumpkin (to borrow a phrase from Dustin) as he passed through the crowd.

Well of course Mel Gibson was saluting Trump at UFC….how else do Nazis greet each other pic.twitter.com/nZH5mPhBTo

But Jen, you might say, that could be ANY misogynistic anti-semite rocking a dirty Santa Claus beard! All those nasty old white guys look alike! Mmmmmh, I don’t think so. I’m not going to link y’all to The Daily Caller but they did have a handy screenshot. 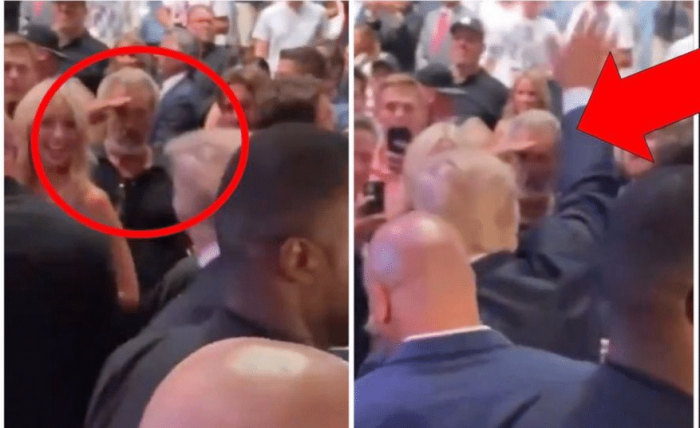 Plus, you know the UFC organization was pumped to have Mel “Winona Ryder is an oven-dodger” Gibson in the crowd and got a fan react from him after the fight.

The one, the only, Mel Gibson is in the house! 🇦🇺🤩 #UFC264 pic.twitter.com/aDLZ9iqICb

There are no surprises here. Game recognizes game and nasty old a$$holes salute each other just like Goebbels and Hitler. A tale as old as time. Meanwhile, the rest of us are over here wondering when the ex-prez will go to jail and Mel Gibson will stop getting jobs. Because just like the RNC has kept Trump employed, Hollywood keeps handing Gibson stuff to do. It’s not GOOD stuff, mind you. But it’s stuff. I tried to watch his most recent, direct to Hulu movie, Boss Level, last night. Despite the cartoon levels of violence, the thirty minutes of it I got through were the LONGEST thirty minutes of my life. I don’t know how a movie where you watch Frank Grillo get killed 100 times in ten minutes managed to be so tedious, but it was. Do I want better for Grillo? I don’t know. I DO know that Naomi Watts and Michelle Yeoh deserve more. I don’t know what they’re doing slumming it in this cast list.

Gibson had two movies released in 2020. Four films in post-production so far this year, plus three that are filming, and he’s still slated to direct the remake of The Wild Bunch for 2022. The rumored cast for that one includes Michael Fassbender, Peter Dinklage and Jamie Foxx. Peter! What are you thinking???!!

According to Newsweek, that video of Gibson’s salute has been viewed over 500,000 times (as of last night) which makes it his most successful film since What Women Want. And, of course, Twitter wasn’t going to let it pass without comment:

Mel Gibson is who we thought he was.

The crazy thing is, you didn't even need to know why Mel Gibson was trending to know that he probably did something shitty.

Rest in hell to his dead career. pic.twitter.com/H8eMpA99dq

So, there you have it. We can’t keep Cosby in jail, we can’t keep Gibson out of the movies. Somehow Tucker Carlson is still on TV. The next time some dopey, washed-up comedian complains about how “cancel culture” ruins everything feel free to point them over here. And then poke them in the eye with a stick.

For the record, Renee Russo (Gibson’s co-star from Lethal Weapons 3 & 4) is two years older than Mel and is aging like a fine wine. While he looks like a defrosted caveman someone put in a collared shirt. Proving once again that good people are beautiful forever. That’s why she’s the header here. With bonus Jake Gyllenhall because….reasons? Do I need reasons?


← Olivia Jade Didn't Like Being a 'Gossip Girl' Joke, You Guys | Pixar Brings the Fluffy with 'Turning Red' →