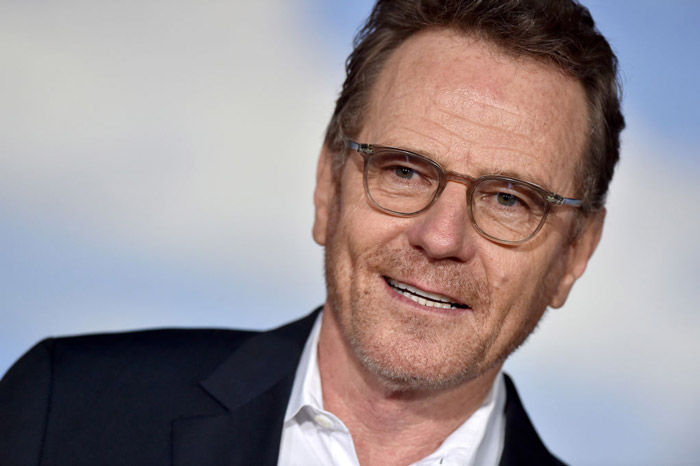 Add Bryan Cranston to the list of celebrities who’ve contracted COVID-19. The Breaking Bad star revealed his diagnosis on Instagram, saying he followed the protocols and still caught it. Thankfully, his symptoms were mild.

Hi. About now you’re probably feeling a little tied down, restricting your mobility and like me, you’re tired of this!! Well, I just want to encourage you to have a little more patience. I was pretty strict in adhering to the protocols and still… I contracted the virus. Yep. it sounds daunting now that over 150,000 Americans are dead because of it. I was one of the lucky ones. Mild symptoms. I count my blessings and urge you to keep wearing the damn mask, keep washing your hands, and stay socially distant. We can prevail - but ONLY if we follow the rules together. Be well - Stay well. BC

Cranston has fully recovered. Now, like Tom Hanks, Cranston has donated his plasma to science, in hopes of helping toward crushing the curve. Essentially, the UCLA Donation Center is taking plasma from people who have survived the virus to use their antibodies to in “compassionate treatment” of other COVID patients “or as part of a scientific trial to determine definitively if this treatment works.”

In the above video, Cranston allows his fans a look at what the process of plasma donation looks like. With the help of the medical person Ron, UCLA extracted 840 millimeters of Cranston’s plasma. Aside from the pinch of a needle, the donation appears a pretty painless process. The acclaimed actor encourages others to follow in his footsteps, donating if they can and wearing a mask, social distancing, and washing your hands.

Cranston is also reuniting with his TV family from Malcolm In the Middle for a special this Saturday to celebrate the show’s 20th anniversary. Like the Parks and Recreation and Happy Endings reunion, this will be a charity fundraiser.

Here we are… all are stuck in this five months of quarantine! Can you imagine how Hal would have gone bonkers on #MalcolmintheMiddle if he had to stay inside with his five knuckle-headed boys?! Makes me smile to think about that. So, if you’ve been missing some silliness in your life, check us out this Saturday night 8/8 for a 20th anniversary celebration of the show’s premiere. The cast is back!! This time we’re reading the pilot episode on Zoom. The whole thing is the brain child of Linwood Boomer, our show’s creator, to benefit his charity @HealingCalifornia, an amazing organization that provides FREE dental, medical, and vision care to those in need. There’s also lots of great stuff from the show that could be yours. Bid now on @Charitybuzz, link in bio. @RWQuarantunes See you on Saturday!

The cast will perform a table read of the Malcolm and the Middle pilot, and one generous fan will get a shout-out during it. See, over at Charity Buzz, there’s an auction going for the honor to get mentioned in the “ep” along with a virtual meet-and-greet with the cast, and a slew of Malcolm and the Middle swag. The highest bid will go toward Healing California, an organization that provides health care for those in need. Check out the details here.

← The Stupidity on Display in Trump's Latest Interview is Staggering | Suck It, Chuck Todd: The Anchor Is Demoted at MSNBC →