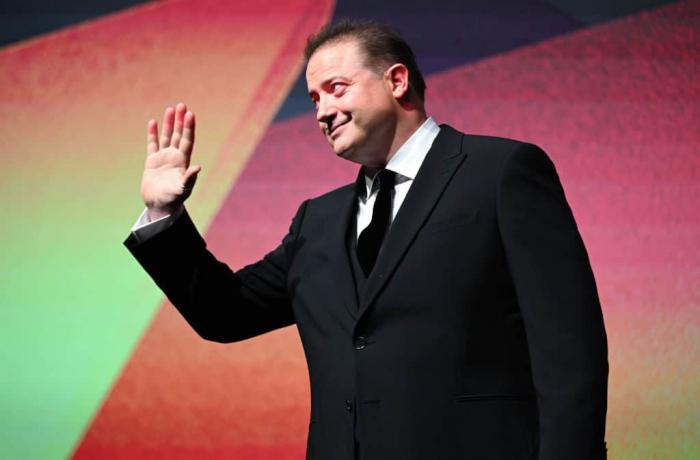 The Brendan Fraser comeback wagon rolls on. One of 2022’s most heartening celebrity stories, the return of Fraser to the limelight with a new wave of critical acclaim has seen him become the frontrunner for the Best Actor Oscar for his performance in Darren Aronofsky’s The Whale. He’s been a busy guy for the past few months, receiving endless standing ovations at film festivals, receiving the reviews of his career, and basically reminding us all of why we missed him so much in the first place.

One of the things that kicked off the Brenaissance was a 2018 profile in GQ, where Fraser’s absence from the big and small screen for several years was contextualized. He detailed his mental and physical health issues following a series of on-set injuries and personal difficulties. One revelation came when he alleged that the former President of the Hollywood Foreign Press Association, Philip Berk, sexually assaulted him.

The experience, wherein Fraser was allegedly groped and assaulted at a 2003 luncheon, made him feel as though ‘something had been taken away from me.’ Berk, a known creep who was eventually expelled from the HFPA over calling Black Lives Matter a ‘racist hate movement’, denied wrongdoing. But he did admit to what he claims ‘was intended to be taken as a joke and not as a sexual advance.’ See, totally different thing. The HFPA tried to get Fraser to sign a joint statement supporting this claim, which he refused. Berk, by his own admission, never faced any sort of disciplinary action from the organization.

The Golden Globes, the HFPA’s so-called award, have been a mess for a long time, and that culminated in NBC taking them off the air for a year after it was revealed that the weirdly cloistered group had zero Black members. Now, however, NBC is committed to broadcasting the ceremony next year, and with it, Hollywood is once again scrambling to pretend that this group of corrupt starf*ckers is somehow worth their toadying attention. But not Fraser.

In a new profile for GQ, Fraser is candid about his so-called comeback, offering a warm but grounded take on his career at this new stage in his life. It’s a great piece, one with an honest and wry subject who seems keenly aware of how hype can quickly curdle and doesn’t want to take things too seriously. When asked about the HFPA, he is blunt.

‘The Whale is an Oscar front-runner. Fraser is not just favored to be nominated in the best actor category, he’s currently favored to win. In a “normal” awards season, that would mean Fraser would very likely be nominated at the Golden Globes as well. I asked if he would go if invited.

He was speaking very quietly. I had to lean forward just to hear him over the wind moving through the trees above us. “It’s because of the history that I have with them. And my mother didn’t raise a hypocrite. You can call me a lot of things, but not that.”’

Fraser is right. Why should he play ball with a group that hurt him, hung him out to dry, then wants to eagerly embrace him now that he’s back in Hollywood’s good books? What on earth does he have to gain by going along with this accepted cycle of butt-kissing and hypocrisy?

And it’s not just Fraser. Why is anyone in the industry entertaining the HFPA, a tiny group of total non-influencers who pretend that their little gold statuette and drunken party are equivalent to the Oscars? It’s a meaningless award and everyone knows it, but somehow the Golden Globes have managed to sell this falsehood that they are a crucial player in awards season.

They don’t want to actually offer their apologies to Fraser, nor are they interested in any kind of restorative justice. They just want to be with the popular kid at the big boys’ table. And Fraser told them to f**k off. Well, he said it much nicer than I did but we got the gist of it. Let’s hope everyone else in Hollywood follows suit, but I doubt it. There are many lessons to be learned from the blacklisting and subsequent return of Brendan Fraser, and the industry could stand to listen to them.