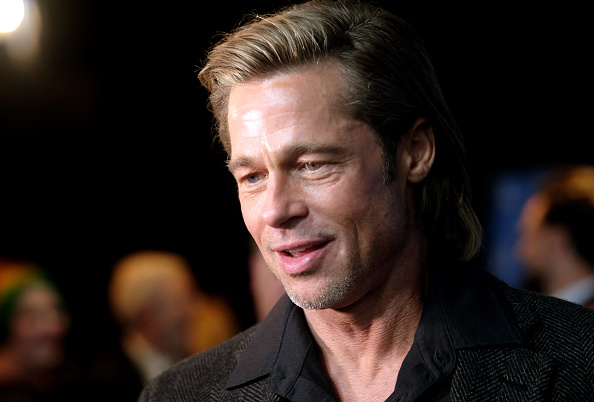 There’s a new profile on Brad Pitt up on GQ from Ottessa Moshfegh, and it’s a real piece of work. Tied to either the release of Bullet Train or an effort to rehabilitate his image in the midst of the many legal and custody issues he’s facing with his ex-wife Angelina Jolie, the puff piece doesn’t do Pitt many favors unless the idea is to depict a Missouri man who is woefully out of touch with not only his upbringing but the rest of the world outside of Gwyneth Paltrow’s inner circle.

The profile immediately gets off on the wrong foot for me when he asks Moshfegh if she’d rather have water that is cold or room temperature. Is this a California thing? A rich person thing? An actor thing? Or all three? Is there something beneficial about “room temperature” water? Is this a new listing on dating apps? “I like baseball, long walks on the beach, and room-temperature water.”

When he welcomes me in, Pitt is wearing neutral tones, draped khaki trousers and a loose white T-shirt, like a man trying to camouflage himself in a wheat field. The colors call to mind the Midwest, big skies. Pitt grew up in the Ozarks, a place he speaks about with reverie. A scented candle perfumes the kitchen where he cheerfully offers me a beverage: tea, coffee, water, juice, booze. I’m sober, like Pitt, who hasn’t had a drink in almost six years. I take water, as does he.

I choose cold because I want to see into his fridge: barely anything in there, just the cool bluish glare of the electric light. “All my friends have gone to room temp,” he says. Room temp. That seems appropriate. The vibe here is gentle and calm.

You know what we call room-temperate water in my house? Water.
Meanwhile, Pitt is also super into Austrian poet Rainer Maria Rilke these days, too. Really into him.

“I always felt very alone in my life,” he explains, “alone growing up as a kid, alone even out here, and it’s really not till recently that I have had a greater embrace of my friends and family. What’s that line, it was either Rilke or Einstein, believe it or not, but it was something about when you can walk with the paradox, when you carry real pain and real joy simultaneously, this is maturity, this is growth.”

… He’s always on a quest for meaning, he tells me. By way of explanation, he brings up a poem by Rilke. “He’s describing this bust of Apollo, and he’s talking about the craftsmanship, and then suddenly out of nowhere is this line, ‘You must change your life.’ You know it? Oh, it gives me chills.”

Meanwhile, many of us do not feel the need to explain art, Warren. But Brad Pitt? He knows art. Art is the space between sands in an hourglass in the ocean of life. Or something.

“Art is something inexplicable,” he says. “Art is something that gives you goose bumps, that makes the hairs stand up on the back of your neck, that brings a tear to the eye. Maybe it’s because someone understood before you, you’re not alone.”

And my God, is he ever so profound? Is he quoting the Steve Miller Band here?

When Pitt and I were sitting together by the fire, he said something profound: “I am a murderer. I’m a lover. I have the capacity for great empathy and I can devolve into pettiness.”

I guess the real question is: Was Ottessa Moshfegh paid by GQ or Brad Pitt’s publicity team?