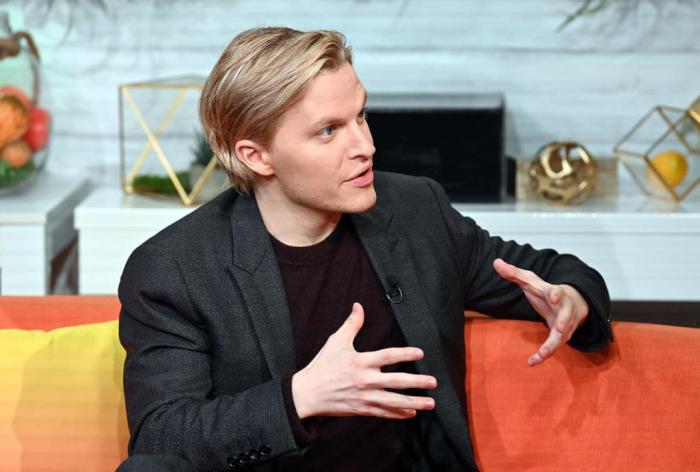 In the same week in October 2017, two major publications broke stories on the decades-long allegations of sexual harassment and abuse perpetrated by movie mogul Harvey Weinstein. Both The New York Times and The New Yorker brought to light what had been an industry-wide open secret for close to thirty years, making undeniable something that countless people had willingly overlooked. Two years later, as the world continues to grapple with the fallout and move forward in our understanding of systemic misogyny and a culture of silence, the journalists behind those stories — who all took home the Pulitzer Prize for their efforts — have released books detailing the behind-the-scenes work required to bring Weinstein to justice. With She Said (which we reviewed here), Meghan Twohey and Jodi Kantor focused exclusively on the cold-hard journalism and the ways their revelations did and didn’t change the world. Now, media wunderkind Ronan Farrow is releasing his book and it is a very different beast.

Ronan Farrow has never wanted to be the story, but that’s essentially impossible to avoid. The child of Mia Farrow and Woody Allen (or possibly Frank Sinatra), Satchel Ronan O’Sullivan Farrow grew up in the shadow of his famous parents as well as the shocking allegations of child abuse made against Allen by his sister Dylan. Farrow graduated college at 15, went to Yale Law School and Magdalen College, Oxford, then took the New York bar exam and worked for the UN and the Obama administration. He became a star in his own right thanks to his work at NBC News, including an MSNBC series that he jokes was watched by his mother and nobody else. He’s one half of a political media power couple, having recently become engaged to Jon Lovett of Pod Save America, and his Twitter game is solid. Basically, it’s kind of hard not to be in awe of Ronan Farrow and not to be distracted by him. Yet, he ultimately ended up being kind of the perfect person to help break the Weinstein story.

Catch and Kill: Lies, Spies, and a Conspiracy to Protect Predators is, whether he likes it or not, partly the Ronan Farrow story. It has to be, because Farrow being who he is was what helped this story to break through in the way that it did. The book tracks his time at NBC and the Catch-22 he found himself in, not only as a journalist but as a celebrity: Farrow had a major story in his hands and the network wanted to keep their golden boy on the books but make sure he never truly rocked the boat. NBC wanted the glow of an investigative journalist from a celebrity family but not the results he offered.

It’s here. Get your copy—in print, digital, or the dulcet tones of me reading the audiobook—at www.CatchAndKill.com.

Farrow’s unique position gave him the perfect tools to take on a story that countless journalists before him tried to report on but to no avail. He has the basic journalistic and legal skills, he has a foot in the door of Hollywood, people want to listen to him, and he and his family know the pain of not being believed. It doesn’t hurt that everyone already knows all his secrets so he has nothing to lose. That doesn’t mean it was easy or without risk, as Farrow documents the growing paranoia he felt over knowing he was being followed by people eager to keep Weinstein’s secrets locked away, and the frustration of being endlessly roadblocked by a network that claimed they spoke truth to power while having alleged abusers on the books. His own family history was weaponized repeatedly, with Weinstein’s camp claiming Farrow’s sister’s allegations made him inappropriate to make any accusations against him.

The Weinstein investigation is covered with extensive detail and wit. Farrow is a very entertaining writer who gives the narrative a thriller-like quality without ever diminishing the seriousness of what he’s covering (and occasional glimpses into his home life with Lovett, whom he calls Jonathan, are endlessly cute.) The alleged victims are given the freedom to talk and the support of Farrow, including Rose McGowan, whose ‘friendship’ with a woman who turned out to be an agent from an Israeli security company hired by Weinstein to discredit her left her feeling gaslighted and terrified for her life.

One thing the book conveys so thoroughly is the structural bias and complicit actions of the old white male networks that not only kept Weinstein at the top but worked together, actively or otherwise, to destroy those who spoke out. From the smothering nondisclosure agreements that victims were forced to sign to the sinister operatives tailing them at every turn to the network executives desperate to kill the story, Farrow reveals how it takes a village to stop progress. Aside from Weinstein himself, the people who come out of this book the worst are those in charge at NBC, especially Noah Oppenheim, president of NBC News, Andy Lack, the chairman of NBC News and MSNBC, and producer David Corvo. Oppenheim seems more interested in his own Hollywood screenwriting career than speaking truth to power (shout out to Mia Farrow for hating Jackie), while Lack’s alleged history of hounding female employees and allegations made against Corvo fully convey the rot deep in 30 Rock. And then, of course, there is Matt Lauer, who gets his own coverage in the book after Farrow reports on one of his own alleged victims. When even the celebrated journalist son of celebrities can’t break through this shield of sleaze, losing his job in the process and heading over to The New Yorker, you fully understand just how deep the poison runs.

Catch and Kill documents moments of victory. How could it not when Harvey Weinstein may actually suffer the consequences of his alleged crimes? However, as Farrow notes, the hard work has only just begun and those structures that helped him survive for decades are by and large still in place. NBC hasn’t made any changes to its leadership. The men who tried to stop this story are still the ones dictating the news to millions of people. You can’t help but think about how that could impact future reporting on matters like this. After all, Harvey Weinstein’s trial kicks off in January. I assume NBC News will cover it with all the journalistic rigor they offered Ronan Farrow.

Catch and Kill: Lies, Spies, and a Conspiracy to Protect Predators by Ronan Farrow is available now wherever you get your books.

← Reddit Asks the Question: 'Which Actor Portrayed a Character So Well That No Other Actor Could Ever Replace Them?' | Meghan McCain Doesn't Want to Talk About Impeachment on Her Birthday →