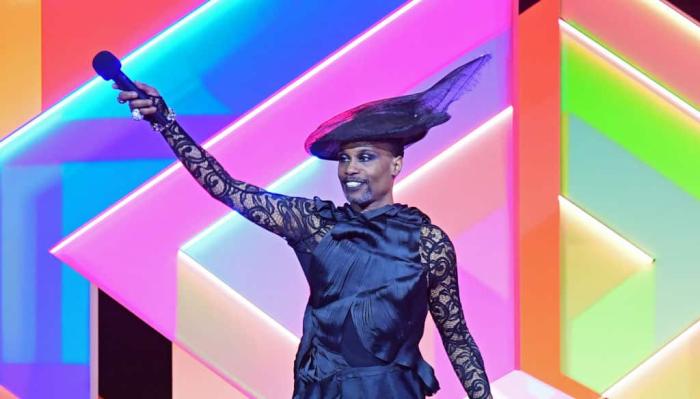 For the first time since being diagnosed almost 15 years ago, Pose star Billy Porter is opening up about being diagnosed as HIV-positive. The star of the upcoming film Cinderella is on the cover of the latest issue of The Hollywood Reporter and chose this time to reveal his diagnosis to the public, something he has kept private for a long time.

‘It was 2007, the worst year of my life. I was on the precipice of obscurity for about a decade or so, but 2007 was the worst of it. By February, I had been diagnosed with Type 2 diabetes. By March, I signed bankruptcy papers. And by June, I was diagnosed HIV-positive. The shame of that time compounded with the shame that had already [accumulated] in my life silenced me, and I have lived with that shame in silence for 14 years. HIV-positive, where I come from, growing up in the Pentecostal church with a very religious family, is God’s punishment.

For a long time, everybody who needed to know, knew — except for my mother. I was trying to have a life and a career, and I wasn’t certain I could if the wrong people knew. It would just be another way for people to discriminate against me in an already discriminatory profession. So I tried to think about it as little as I could. I tried to block it out. But quarantine has taught me a lot. Everybody was required to sit down and shut the fuck up.

I go to the doctor now — as a Black, 51-year-old man, I go to the doctor every three months. That doesn’t happen in my community. We don’t trust doctors. But I go to the doctor, and I know what’s going on in my body. I’m the healthiest I’ve been in my entire life. So it’s time to let all that go and tell a different story. There’s no more stigma — let’s be done with that. It’s time. I’ve been living it and being in the shame of it for long enough. And I’m sure this will follow me. I’m sure this is going to be the first thing everybody says, “HIV-positive blah, blah, blah.” OK. Whatever. It’s not the only thing I am. I’m so much more than that diagnosis. And if you don’t want to work with me because of my status, you’re not worthy of me.’

In the full piece, Porter details telling his mother the news for the first time, his issues with working in an inherently discriminatory business, and how his Pose character, who is also HIV-positive, became his vessel ‘to say everything that I wanted to say.’

My truth. In my time. Thank you @THR. https://t.co/QWLe8jfdrc

Consider supporting a charity dedicated to fighting HIV and AIDS nationally and worldwide, such as AIDS United, the Terrence Higgins Trust, Global Action for Trans Equality, and others in your local area.