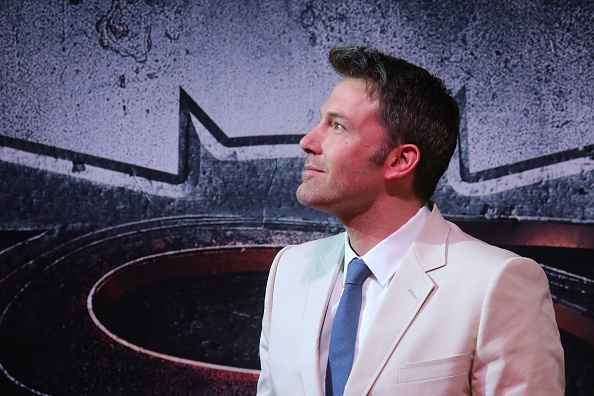 Over the weekend, Ben Affleck — currently promoting the slight but entertaining The Tender Bar — shared with The Los Angeles Times that working on Justice League was the “worst experience” of his life. While social media was quick to point the finger at Joss Whedon — who made the Justice League experience bad for a number of actors — Affleck never mentioned him by name. He attributed the bad experience to “a confluence of things: my own life, my divorce, being away too much, the competing agendas and then [director] Zack [Snyder]’s personal tragedy and the reshooting. It just was the worst experience. It was awful. It was everything that I didn’t like about this. That became the moment where I said, ‘I’m not doing this anymore.’”

After his experience on Justice League, Affleck not only scrapped plans to continue on as Batman, but abandoned the Batman film he was planning to direct (Robert Pattinson has since replaced him with Matt Reeves in the director’s chair).

In an interview for Entertainment Weekly conducted with his friend, co-writer and co-star on Last Duel, Matt Damon, Affleck expanded on his decision, ultimately attributing advice he received from his long-time friend. Affleck reiterated to Damon, who was conducting the interview, that he “wasn’t happy” doing Justice League for “a lot of different reasons.”

“I didn’t like being there,” he said. “I didn’t think it was interesting. And then some really s—-ty things, awful things happened. But, that’s when I was like, I’m not going to do that anymore.”

Affleck’s existence in the DCEU never made much sense to me, not because he wasn’t a good Batman (he was!), but superhero movies just aren’t his bag. It took a bad experience on Justice League to remind him of that, and he attributed his decision to pull the plug to Damon.

“I talked to you about it and you were a principal influence on that decision,” Affleck told his friend. “I want to do the things that would bring me joy. Then we went and did Last Duel and I had fun every day on this movie. I wasn’t the star, I wasn’t likable. I was a villain. I wasn’t all the things I thought I was supposed to be when I started out and yet it was a wonderful experience. And it was all just stuff that came along that I wasn’t chasing.”

Reminder: Affleck is fantastic in Last Duel, and he shines in Tender Bar, and hopefully those experiences will encourage him to take more meaty supporting roles where he’s able to steal all the scenes without the pressures of carrying a movie. He can also return to what he does best, which is to direect.

In fact, in that same interview, he attributed his decision to get into directing to Gigli, of all movies. He admitted that the flop “didn’t work,” calling it “a sort of horse’s head in a cow’s body.” However, he added, “If the reaction to Gigli hadn’t happened, I probably wouldn’t have ultimately decided, I don’t really have any other avenue but to direct movies, which has turned out to be the real love of my professional life.”

He’ll be getting back to it soon, in fact, with Ghost Army from a script co-written by Nic Pizzolatto. He’s also attached to direct Agatha Christie’s Witness to the Prosecution, as well as Keeper of the Lost Cities, which he will co-write. The sooner he can make those, the quicker we can get the bad taste of his last directorial effort, Live by Night — the Gigli of his directorial efforts — out of our mouths (not that anyone else remembers or even saw it).