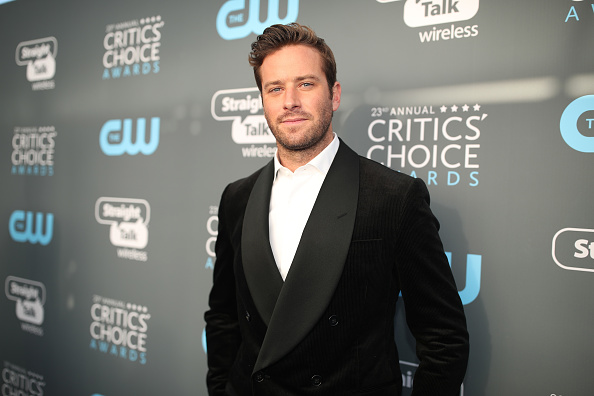 I’m not sure exactly why, but my wife stumbled upon the documentary Faberge: A Life of Its Own on Amazon Video the other day, and while she didn’t think much of the documentary itself, she did find its connection to Armie Hammer interesting and suggested I look into it.

Armie Hammer is the actor and star of The Lone Ranger, The Social Network, and Call Me By Your Name, and if you look him up on Wikipedia, you’ll find this line in his personal section: “Hammer is known for his outspoken, politically and socially charged views on his social media account.” I think that is something of a misrepresentation, when what they basically mean is, “Hammer is known for being tone-deaf on social media.”

“Tone-deaf on social media,” however, is a far cry from the sins of his family, beginning with his great-grandfather Armand Hammer (contrary to the belief of some, Armand Hammer did not found Arm & Hammer Baking Soda, although he did eventually align his company, Occidental Petroleum, with Arm & Hammer).

Armand Hammer’s story is a fascinating (and likely nefarious one) that really began during the Spanish flu epidemic when his father, Julius, performed an abortion on the wife of a former tsarist diplomat who died six days after the procedure from pneumonia, although the abortion was blamed. Armand Hammer’s father was imprisoned for several years for performing an illegal abortion (one account, however, suggests that it was Armand Hammer — then a medical student — who actually performed the abortion, and his father took the blame).

According to a book by Edward Jay Epstein, Dossier: The Secret History of Armand Hammer, Hammer was something of an evil, conniving fella who “trafficked in fake Imperial Fabergé eggs,” hoodwinked a “museum out of a collection of drawings by the French caricaturist Honore Daumier,” and contrived “a makeover and fake identity for an art adviser-mistress whom he was hiding from his third wife.” Armand Hammer was also the President of Occidental Petroleum, and his Vice President was Albert Gore, Sr., the father of Al Gore.

Obviously, Armie Hammer is not his great grandfather — who may have been a Soviet spy — nor is Armie his father, Michael Hammer, the founder of Grace Christian Academy and Christian Communications Association, a Christian radio station in the Cayman Islands. Michael Hammer is also closely affiliated with the evangelical university Oral Roberts, as well as Jews for Jesus, who I probably don’t need to tell you aren’t Jews (it is an insidious organization that seeks to convert Jews into Christians).

That doesn’t make Armie a bad guy! In fact, his parents briefly disowned him when Armie decided to pursue an acting career (they now apparently support him). However, coming from that amount of money, privilege, and evil could explain why Hammer is as tone-deaf as he is on social media, as well as why he was among a number of celebrities who basically accepted bribes to promote a Saudi Arabia concert not long after the death of Jamal Khashoggi. However, it still does not explain this:


← How Many False Starts Will It Take Before We Actually Get an 'Uncharted' Movie? | Why 'The Phantom of the Opera' Remains My Most Beloved Pop Culture Trash →