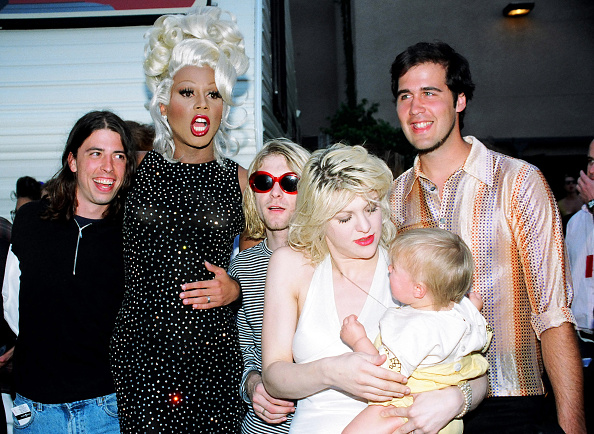 I have to finish one more episode of Dave Grohl (and his mother’s) series From Cradle to Stage, at which point I will probably review it, but in the meantime, here’s your Foo update:

The Foo are eager to get back out on the road and will play a fully sold-out show at Madison Square Garden on Father’s Day. Ahead of that, however, the band performed in a smaller venue, the Canyon Club, out in California. The catch? They were only allowing fully vaccinated people in to see them in the 600-person venue. This did not sit well with anti-vaxxers, including Ricky Schroder, who recently flipped out at a Costco employee over their mask mandate and also called the cops over Twitter trolls after he was criticized for bailing out Kyle Rittenhouse.

“Dave Grohl is an ignorant punk who needs slapped for supporting Discrimination. Ignorance comes in all shapes & sizes. Kurt Cobain is laughing at you Dave along with Millions of Patriots …Fool,” Schroder wrote on Facebook. I’m not sure how he knows the mindset of Kurt Cobain who is deceased, but there you go. Also, Cobain suffered from a crippling stomach ailment and I’m sure he’d have gladly taken a vaccine if it would have helped.

A lot of other idiots took issue, too.

I’ll never buy another ticket to a @foofighters concert.

Not all people that choose to NOT vaccinate are conspiracy theorists. Some people, very close to me, have autoimmune conditions that make the vaccine a high risk proposition.

Foo Fighters are playing at Madison Square Garden, but only for the vaccinated! Rock artists used to question things and stick it to the establisnment, but not anymore; and some even accept and promote discrimination.

This is what happens when you just want to attend a @foofighters concert at a small local concert hall and the next thing out know you’re a “Vaccine Segregationist”. #FooFighters pic.twitter.com/fyDAZ2QcXn

Separately, Courtney Love raised eyebrows the other day when she took Grohl (and Trent Reznor) to task in a now-deleted Instagram post in response to a question about #metoo from Sharon Stone.

“I’ve had enough of this [Poo emoji] from these clowns leaning into my being scapegoated for breathing, for my husband’s death, for my ‘overt’ sexuality, because I’m an addict, etc, and a WOMAN, for over 27 years.”

“Three months before I left LA, I signed a document that effectively gives Dave [Grohl] (and Krist [Novoselic]) my descendants money in perpetuity. I was so broken. So scarred, so exhausted by him, I just fucking signed it. But it’s a lie. So I’m unsigning it.”

“Because it’s nonsense. The chaos and fury over Kurt’s death being directed at me, deflected by Dave, while he enriched and continues to enrich himself, gorging on Kurt’s fortune and Kurt’s goodwill. 27! Years!!! I’ve had enough.”

Love also accused Trent Reznor of “systematic abuse” of “girls as young as 12.”

Love’s issues with Dave Grohl are longstanding. Nevertheless, the following day she apologized in another Instagram stories post that seemed to be directed at both Grohl and Reznor. “I need to apologize for my recent post. It was insensitive and it was wrong. No matter how I feel, there are real people behind my words and I need to learn to be more responsible with my words. I am truly sorry for those I’ve hurt. I will do better,” she said.

No idea what’s going on there, and I’m not going to speculate, except to say that the apology seems as though it was crafted by someone else and may or may not reflect Love’s actual feelings on the matter.

*(I couldn’t resist the above header photo of Love, Nirvana, and RuPaul from better times, in 1993).

← Will 'Hacks' Have A Season Two? (Also, 'Loki', 'Mythic Quest', And More On Podjiba!) | Review: The Ol' Blind-Girl-in-Jeopardy Genre Gets New Juice With The Atmospheric & Terrific 'See For Me' →