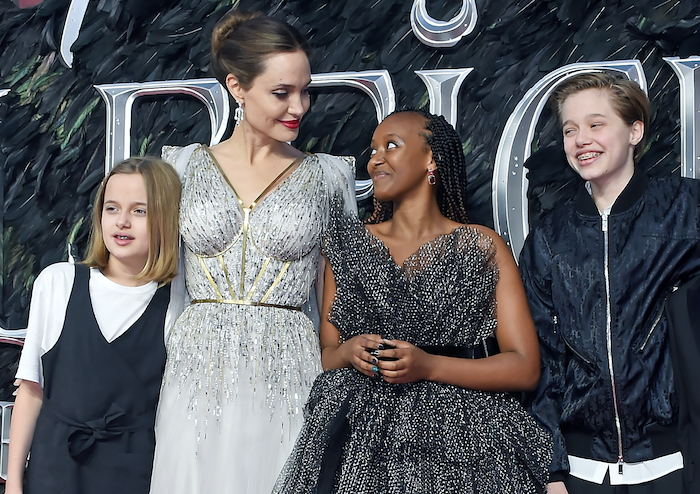 Angelina Jolie is Here to Remind You What You Should Know Already--Girls are People, Too

One of the things I say most often in real life is “never underestimate how much some people hate women.” Even though I say this a lot, the reality of it never ceases to take my breath away in the worst possible way. We’re now staring down an election with two old white men for president, when the most competent and capable woman was routinely ignored, abused, and left out of the conversation. It’s enough to make your soul shrivel into a hardened husk and keep you off-line and out of society forever because it’s clear how many people think you’re less than simply because you’re a woman, and staying inside your head and your home is the easier option.

Obviously, that’s not a way to live, unless you’re into that sort of thing (I am not because I talk a lot, like, a lot a lot, in real life). So sometimes it’s nice to have all the bullsh*t in your life acknowledged because it can drive you crazy to constantly see the indignities of being a girl or woman in society, if there’s not someone there to say “yeah, I see it too and it sucks. It’s not just in your head.” Today that person is Angelina Jolie, who is here to remind us all that girls, like the women they will become, are people too.

In an essay for Time.com, published on Sunday, she wrote about her daughters’ willingness to help each other through their recent surgeries, and what we should do for the girls in our lives:

Someone said to me, when they saw my daughters caring for each other, that “it comes naturally to girls.” I smiled, but then I thought of how often that notion is abused. The little girl is expected to take care of others. The woman she grows up to be will be expected to give, and care for, and sacrifice. Girls are often conditioned to think that they are good only when they serve others, and selfish or wrong if ever they focus on their own needs and desires.

Friends, I feel very seen by that paragraph. Men are expected to go change the world, women are expected to stand behind the man changing the world. I mean, there’s even a f*cking saying about it, to offer up our service to men as a consolation prize. “Behind every successful man is a strong woman.” Like, great—my role is to serve some dude. Yuck. No thank you.

My role, like everyone’s in the crazy mixed up world of ours, is to try to be a decent person, and when I fail at that (as we all do) learn and be better. It’s also to talk about how great the Twilight franchise is. It is certainly not to be a rock for some dumb dude with his fragile, easily shattered feelings.

Jolie concludes her essay with this call to action, which is probably going to fall on deaf ears of the people who need to internalize its message, but again, it’s nice for someone to raise the alarm on this issue, occasionally:

So my wish on this day is that we value girls. Care for them. And know that the stronger they grow, the healthier they will be and the more they will give back to their family and community.

Amen. The only thing I can add to that is that we value girls not just on International Women’s Day, which was when the article was published—but every day.