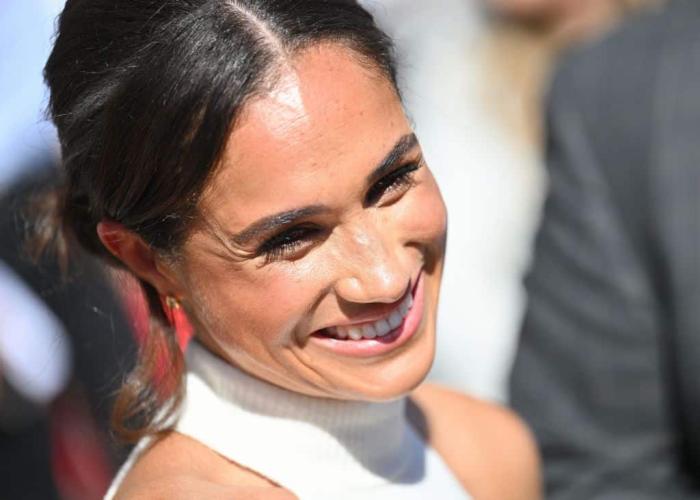 Despite the fact that Prince Harry and Meghan Markle are no longer active members of the British royal family, the lion’s share of the royal press pack can’t seem to stop whipping themselves up into a frenzy over them. Well, mostly Meghan, let’s be honest. Piers Morgan can’t keep her name out of his mouth. She’s being blamed for everything mildly offensive about the Windsors. Claims are being made that her Spotify podcast, Archetypes, is doing poorly in listener numbers, something the platform it’s on strongly disputes.

And then there’s Angela Levin, a long-time royal reporter who is preparing to release her biography of the new Queen Consort, Camilla. She’s long been one of the most virulently anti-Meghan figures in the British media, which is saying something since Markle bashing has become a highly profitable sport in the press on this side of the ocean. Levin stands out among a crowded field for her willingness to engage with Meghan hate accounts on Twitter, including those that promote the conspiracy that she faked her pregnancies. She’s so vicious in her hate-driven targeting of Meghan that even the other right-wing media figures have had to call her out, as Talk TV’s Vanessa Feltz did in September. Now here’s someone who can’t, even for one second, take what she dishes out.

Angela Levine got called out for her anti-Meghan rhetoric, and it was delicious. pic.twitter.com/4dhG8XQeZg

She’s just awful in every way. And super racist. Case in point, this tweet she sent out yesterday.

Talk about saying the quiet part out loud, Angela. What, did you not want to throw around words like ‘exotic’ for a change or something? Isn’t it incredibly revealing how it’s always the people who scream about how Meghan was never subjected to racist abuse who can’t wait to make comments on her skin color? It’s not even a dog whistle, it’s a pure foghorn of racism.

Honestly, I’m almost glad she just said it out loud. There’s no hiding what her intentions are here. The British press may love to hide behind loaded terms like ‘difficult’ and ‘angry’ to describe the only mixed-race woman in the British monarchy, but we know what they really mean. And we know what Levin wants to do when she decides to note that a woman of color’s skin might be lighter in the Winter months. It’s the ‘well, she’s not that dark’ attack we see so often with people of color as a way to quietly OK racism by pretending it’s not actually racist. It’s scummy.

Alas, I doubt that Levin will face any repercussions for this attack. Frankly, I think it’s made her more employable to certain parts of the British media scene. We all know that royal reporters aren’t real journalists. They’re stenographers for the monarchy. They’re here to reinforce the status quo of the unelected heads of state who need public appeal to continue to justify their existence. And all of the right-wing mouth-frothing losers who rant endlessly about cancel culture will love having Levin on their show to stir up further hate (and profits) among their audience.

Levin has a book to promote, one designed to grease the wheels of Camilla’s rise to Queen. The Guardian described the book as ‘Sycophantic, out of date and barely researched’ and it doesn’t seem to be selling well on Amazon (certainly not compared to pre-orders for Harry’s memoir.) One wonders what other aims she has with attacking Meghan so relentlessly other than trying to sell copies of a book nobody wants to read. After all, it’s unlikely that Levin’s ‘sources’ would have been able to speak freely to her without the implicit endorsement of the book’s subject …

Abolish the monarchy. It’ll get rid of the likes of Angela Levin.