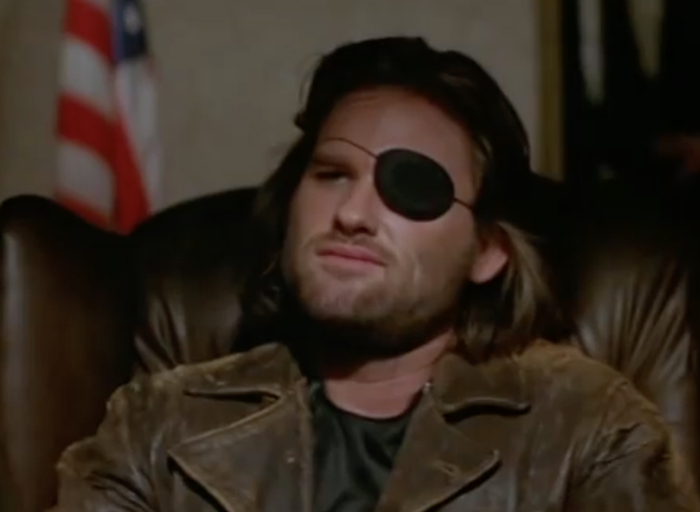 An Ode to Dick Warlock, Kurt Russell’s Stuntman, and the Best Name in Hollywood

Earlier today I stumbled across this Tweet, and well, I couldn’t let it go unnoticed:

Kurt Russell and his stunt double Dick Warlock on the set of Escape from New York pic.twitter.com/uzenmoTIs5

Is there a better name in Hollywood (or life) than Dick Warlock?!

I mean, it’s possible, but it’s not probable. Dick Warlock is the best.

Obviously finding out about Dick Warlock only leads to more questions, mainly, who is the man behind the name?

Well, according to his IMDB, he’s a stuntman who was both Snake Plissken, and Michael Myers in Halloween II. Which is to say, he is a jack of all trades. He’s also tried his hand at straight-up acting and was in The Abyss—I think he played one of the drillers at the beginning, but I can’t confirm since that movie trips me out too much and I can only watch it every so often. What can I say? I think it could happen in real life, people.

You know what I can watch a lot, though? Escape from New York, which is only surpassed by Big Trouble in Little China, a movie that Dick Warlock also worked on. Basically, Dick Warlock is responsible for the greatest Kurt Russell stunts of the ’80s. Which means he’s responsible for the greatest stunts in movies of all time, Con Air notwithstanding.

That means Dick Warlock was probably involved in this scene:

If you’re wondering if the whole point of this post was to point out how amazing the name Dick Warlock is, and secondarily, to share clips from Escape from New York because that movie is rad as hell, you are absolutely right. What you’re failing to realize though, is that I love Big Trouble in Little China just as much, so I’ll leave you with one of the best scenes from it, because how could I not?

← 'Emergence': What Have We Learned About Piper This Week? | The Cover-Up Has Been Insane -- The Latest on the Impeachment of Donald Trump →