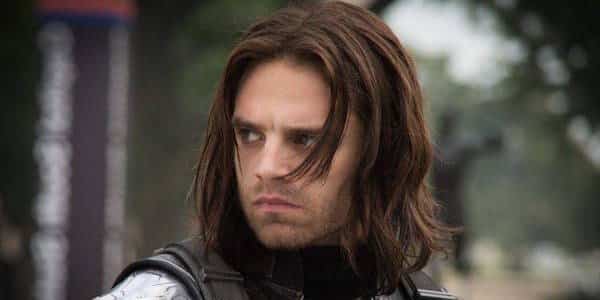 If you wake up and check Twitter, any of the celebrity names trending in the sidebar could be dead or, more likely, “canceled.” So what does canceled mean in this example? Well, it means that a celebrity said or did something that bored people on the internet decided was the final straw in allowing them to continue on as unblemished by controversy. Or they really did do something almost unfathomably idiotic and deserving of the vitriol pushing them to reconsider their position, apologize, and do better.

As I’ve said before, a lot of people are very bored and frustrated, so the cancel police have been out in full-force to get names trending for a day and then, usually, the attention tapers off and a new target hits the next day. Most of the time, the people that actually need to be “canceled” aren’t called out on the platform and those that are see no long-term damage from the hashtag trending.

It isn’t an inherently bad thing to call out those that need to rethink their choice of words or perhaps their public stances on issues of justice, race, or appropriation. Perhaps the habit of deeming apologies not enough after demanding them or writing off people entirely as they work to be better is the real issue at the core of this cancel culture. Letting people grow from their mistakes has to be a part of the solution or no one will feel the need to do better in the future. The real cancelation of people should come after their reaction to the call-out and the behavior that follows. Otherwise, we’re going to be awash in a sea of staunchly unapologetic bad takes and poor word choices that no one wants to address because they don’t see a reason to do so.

And some people? Well, they definitely need to be canceled.

At any rate, I thought it would be fun (in a really loose application of the word) to look back on as many of the canceled people and things in 2020 that I could find. Some of these will be simplified or include just the offending Tweet or social media post. If not, this would turn into a Lord Castleton post of one billion words.


why doja cat is being cancelled:
she was an active member in racist chat rooms and was known for being anti-black. she made a song mocking police brutality #dojacatisover #dojacatisoverparty pic.twitter.com/S4xSManlXv

Remember I said some of these are A LOT. This one is A LOT. But this wraps it up nicely:

Quoth Kayleigh: “Del Rey has continued to double down on her comments in ways that have only further highlighted how little she thought out the implications of her harried initial thoughts. The chances are that we’ll eventually get some sort of PR-mandated non-apology if only to get the news cycle to move onto something else, but those lingering issues will remain. Lana may feel that she speaks for the quieter woman, the more vulnerable among us, but all she’s doing right now is talking over those who need to be heard the most.”


Demi Lovato’s finsta being exposed to reveal her obsession with bringing down Selena proves how disgusting she is. #DemiLovatoIsOverParty pic.twitter.com/pSMY5lDejJ

Lovato allegedly has/had an unofficial “fake” Instagram page where she repeatedly trashed her former friend Selena Gomez. The proof was the Instagram Live video uploaded to the profile (can’t those be saved from the original place they happened and then uploaded later?) and some odd little images supposedly on Lovato’s verified Instagram stories used as the avatar on the unofficial account. The whole thing went away pretty quickly.


sebastian took his time to speak on blm, went to ibiza during a pandemic, went clubbing, didnt wear a mask when he was out, and now his girlfriend got exposed for being a racist, now that people are calling them out they’ve started blocking fans #sebastianstanisoverparty

Stan is rumored to be dating Spanish actress Alejandra Onieva and a photo surfaced of her wearing a Japanese Geisha costume with the caption “Asian night”. People immediately flocked to Stan’s social media accounts, insisting he denounces the photo of Onieva. Stan blocked some of them, only fueling their fire to “cancel” the actor.

Twitterati ‘cancelling’ Sebastian Stan over his gf culturally appropriating something and raising hell over likely photoshopped ‘blocked me on insta’ pics is so stupid. Devote this energy to something else please.


In 2000, while on SNL, I made a terrible decision to do an impersonation of Chris Rock while in blackface. There is no excuse for this.

I am very sorry for making this unquestionably offensive decision and thank all of you for holding me accountable.

Fallon further apologized on his show, spoke with NCAAP President Derrick Johnson, and tried to learn how to do better from that point forward.


Where to begin? Just this year Star has been canceled due to naming his new cosmetic palette Cremated during a pandemic. His racist past has also been brought up. Then YouTuber Tati Westbrook alleged that he and Shane Dawson plotted to “cancel” another YouTube star, James Charles, by spreading allegations of sexual predator behavior on his part. Woof.


first it should be noted that he was in his MID-TWENTIES in these clips. he was a full adult man and needs to be held accountable as one.

here we have a young teenager fangirling over favorite youtuber. he immediately abuses that power dynamic to do this: pic.twitter.com/ynf9CtKDJX


See also blackface in old sketches and use of the n-word, as well as making sexually suggestive remarks about an underage Willow Smith. YouTube demonetized all three of Dawson’s YouTube channels before he decided to delete them and hunker down.

On her now-deleted Instagram post, Hudgens said, “Until July sounds like a bunch of (expletive), I’m sorry, but like it’s a virus, I get it, I respect it. Even if everybody gets it, like yeah, people are going to die which is terrible, but inevitable? I don’t know, maybe I shouldn’t be doing this right now.”

CUTS LIKE A KNIFE. A song by me. Tonight was supposed to be the beginning of a tenancy of gigs at the @royalalberthall, but thanks to some fucking bat eating, wet market animal selling, virus making greedy bastards, the whole world is now on hold, not to mention the thousands that have suffered or died from this virus. My message to them other than “thanks a fucking lot” is go vegan. To all the people missing out on our shows, I wish I could be there more than you know. It’s been great hanging out in isolation with my children and family, but I miss my other family, my band, my crew and my fans. Take care of yourselves and hope we can get the show on the road again soon. I’ll be performing a snippet from each album we were supposed to perform for the next few days. X❤️ #songsfromisolation #covid_19 #banwetmarkets #selfisolation #bryanadamscutslikeaknife #govegan🌱


Lea treated me so subhuman i left the set of Glee. Pass the 🍿 https://t.co/LKCHadWLqI

GIRL YOU WOULDNT LET ME SIT AT THE TABLE WITH THE OTHER CAST MEMBERS CAUSE “I DIDNT BELONG THERE” FUCK YOU LEA https://t.co/s4NoLdtqRs

I co-sign on this. Lea Michele is a terrible human and has said terrible things to many different types of people, including racist micoagressions to/about black people.

← Nunca Te Olvidaré, Naya | Book Review: Lindsay Ellis Brings Aliens to the Near Past in Her Sci-Fi Debut 'Axiom's End' →