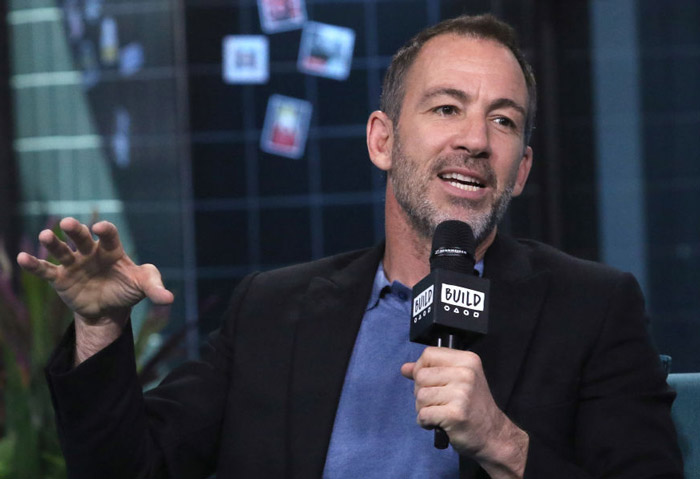 Comedian Bryan Callen has been accused of sexual misconduct, including disturbing comments, a lascivious quid-pro-quo offer, and rape. He’s denied the allegations of four women, who came forward in an LA Times exposé. Then, he promised a fuller explanation of the matter on his podcast, The Fighter And The Kid. Notably, this podcast was where Callen previously expressed disbelief when his friend and fellow comedian Chris D’Elia was accused of grooming young women. Callen’s very special podcast episode was supposed to arrive on Saturday. It did not.

His victims are being accused of making up allegations for fame but he’s over here plugging his podcast. https://t.co/SFuZ8rkNvg 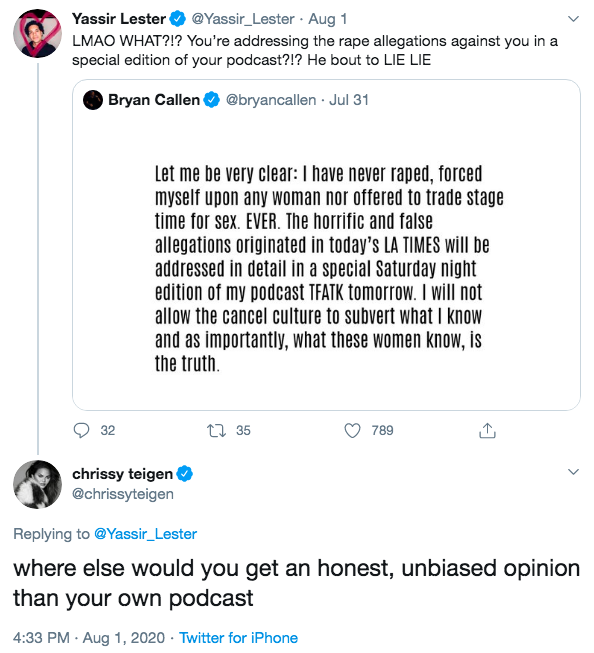 Instead, Callen posted a video to Instagram for his fans on Sunday.

The above video was posted with the support of his podcast co-host, Brendan Schaub:

In the video, Callen says he’s been advised by “a lot of different people” to either “post a statement and disappear” or “lay low and let the news cycle pass you by.” (Was D’Elia offering advice from experience?) Callen continues, “Well, for better or for worse, I’m not doing any of that. I never thought in a million years that I’d be sitting here, defending myself against something I did not do 21 years ago. So, this is me saying that I categorically and absolutely deny all the allegations against me. I wanted you to see me say that. I didn’t want to post some stale statement. I wanted you to hear that come out of my mouth.”

He insists that the descriptions made by his accusers are unrecognizable to his family, friends and fans because, “That is not who I am.” He goes on to say this video is not about cancel culture or the Me Too movement, adding, “I believe the Me Too movement is one of the most important movements of my lifetime because for the first time in history it gives women recourse against the abuse of power. And that makes the world a better place. And that is not a political statement. That is just fair play. And I believe in fair play. But I also believe in due process.”

As much as he may insist this isn’t about cancel culture, Callen is outraged that public opinion on him has shifted over these allegations. He is outraged that the stories of four women, who have nothing apparent to gain from sharing them, is unfair to him, the Me Too movement-loving king of fair play. He’s furious that social media and the press “can act like judge, jury, and executioner.” But here’s the thing about that: Callen is not facing justice. He is facing backlash. He is not being charged with a crime. He is not being imprisoned. He is not being executed. He’s being called out over allegations that he used his power as a man to molest, rape, and make female colleagues uncomfortable. He might lose some gigs over it. But he’ll be fine, because most of the time alleged creeps and abusers are. Look at Louis CK. He actually admitted to the allegations of predatory sexual misconduct; nonetheless, he returned to comedy without doing anything but lying low for a bit.

Callen says this is him “standing up.” Actually, it’s him calling four women liars. He doesn’t engage with why they might lie about him. He doesn’t provide evidence to support his side of the story, though he suggests his accusers should have more than their stories. He says only, “I’ve been accused of terrible things that I did not do.” Well, that and he thanks his fans “for rallying around” him before saying he’s taking a “leave of absence” from his podcast. But hey, he’s totally not laying low.