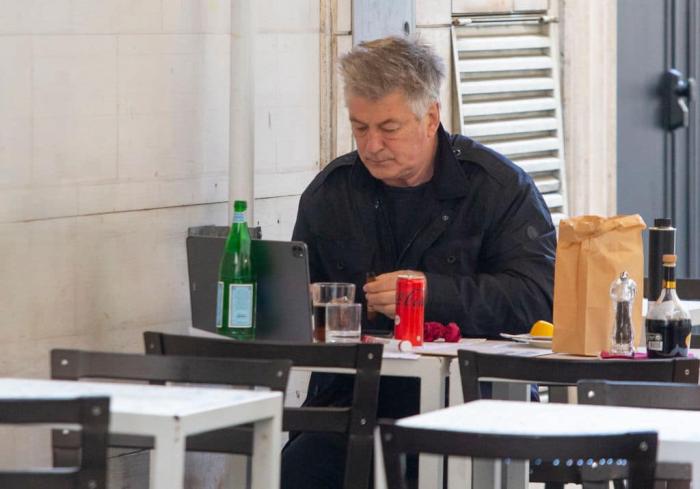 I’ve always thought that one of the benefits of being rich is that it gives you the power to just shut the f**k up, and yet nobody with money ever follows that ethos. Example number one: Alec Baldwin. Why maintain your solid reputation as an acclaimed dramatic and comedic actor when you can just keep shoving your foot in your mouth? Rather than laying low following the accidental death of Halyna Hutchins on the set of one of his films (and dealing with the multiple criminal and financial issues from it), Baldwin has decided to dig up, stupid. His new fun venture? Interviewing Woody Allen.

Baldwin, who has worked with the disgraced director before, took to Instagram to make the announcement. He said:

‘Let me preface this by stating that I have ZERO INTEREST in anyone’s judgments and sanctimonious posts here. I am OBVIOUSLY someone who has my own set of beliefs and COULD NOT CARE LESS about anyone else’s speculation. If you believe that a trial should be conducted by way of an HBO documentary, that’s your issue.

Baldwin is referring to the HBO documentary Allen v. Farrow, which offered a painfully detailed examination of the accusations of child sexual abuse made against Allen by his daughter, Dylan Farrow. The film included a never-before-seen home video of then-seven-year-old Farrow talking about her experiences shortly after she alleges that it happened. While these accusations were known for many decades and plenty of major stars still chose to work with Allen (and he won an Oscar in that period), the #MeToo movement reignited interest in Farrow’s allegations. Amazon Studios dropped the release of one of his movies and Hachette Book Group refused to publish his memoir (it was quickly picked up by a drama-seeking publisher and became a bestseller because cancel culture IS STILL NOT REAL FOR POWERFUL MEN.)

So, it’s no surprise that Baldwin, who starred in Blue Jasmine, is an Allen supporter. It is kind of bewildering that rather than lying low after accidentally shooting someone and facing wrongful death lawsuits, he’s spending his valuable time pulling this crap. Then again, Baldwin has always been this smarmy in his out-of-touch rambling about the state of pop culture and the industry. I’m sure he has unironically claimed that people are trying to cancel him multiple times over the years.

Again, we are dealing with a man accused of sexually abusing his own child. For DECADES, Dylan Farrow was ignored, painted as the brainwashed child of her evil vengeful mother, and the industry continued to throw money and acclaim at Allen throughout it. That he is facing the teeniest sliver of consequences in 2022 is extremely belated justice, and even then, he’s predictably become another example to bad-faith right-wing losers about cancel culture. Again, his memoir still got published and was a bestseller. F**k Woody Allen, and f**k Alec Baldwin.