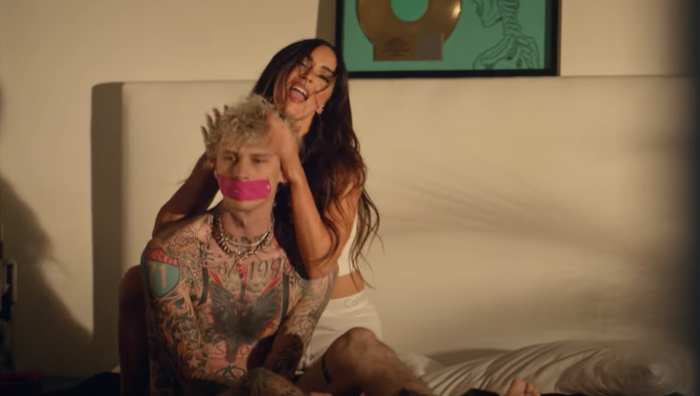 As the summer approaches, it looks increasingly unlikely that we’ll be spending much time — if any at all — in movie theaters over the next couple of months, but screw it: Maybe the most popular actress of 2007 is back, which makes me feel nostalgic for Transformers, a terrible, terrible awful movie that I would kill to watch in theaters right now.

Anyway. Brian Austin Green and Megan Fox recently split. Green made it official on his podcast (Brian Austin Green has a podcast?), saying that the two have been separated for months, that they still love each other, blah blah, etc., etc. He said that Fox returned from a weeks-long project and that she decided that she was no longer happy in their marriage. I don’t know what project that was, because Megan Fox has, like, 7 projects currently in various stages of production, although it could have been Midnight In the Switchgrass, a movie in which Fox co-stars with Machine Gun Kelly.

I doubt the project was Machine Gun Kelly’s new music video (on his podcast, Green says that Fox and Kelly are just friends, which is a lie that I’m sure Green is happy to tell himself while Fox and Kelly hang out during a quarantine). The video features Megan Fox mouthing the words to his song while Kelly is chained up with duct tape over his mouth. I hate that I don’t hate the song.

Megan Fox and Brian Austin Green are divorcing after 10 years of marriage. Transformers was 13 years ago, and Fox is still only 34. Wow. Apparently, time means nothing in Hollywood.

← HBO Max Promises to Exclusively #ReleaseTheSnyderCut Of 'Justice League' In 2021 | Review: Brian Dennehy's Film 'Driveways' Is a Reminder That There is Good in the World →